Rape incidents on the rise 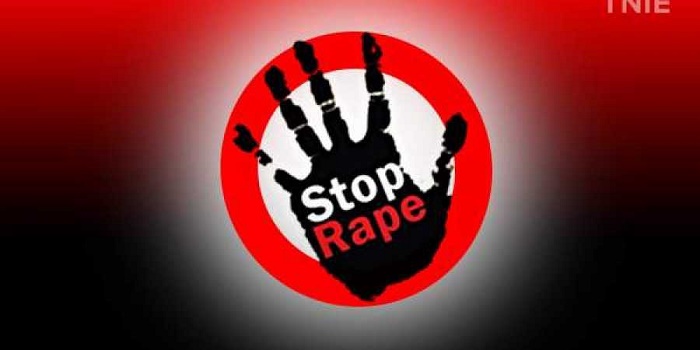 Rape incidents have increased in the country in recent times despite government measures to put rapists behind bars.

Ain O Salish Kendro (ASK) data shows at least 889 women and girls have been raped in the last eight months from January to August this year.

The rape incident of a woman in front of her husband in Sylhet MC College has come to the fore and triggered student protests.

Rights activists have expressed grave concern over the sharp rise in rape incidents.

They said the sudden rise in rape incidents is surprising and alarming, which may hinder women’s progress of economy and education in the country.

It also says 41 rape victims have been killed while nine others committed suicide. Besides, 192 women and girls have fallen victim to rape attempts during the period.

A 10-year-old girl was raped on Monday at her house in remote Charbalua village in Companiganj upazila of Noakhali.

On the night of September 25, a group of BCL activists allegedly violated a woman after tying up her husband at MC College in Sylhet.

On September 24, a Chakma girl was violated early on Thursday in Bolpaiye Adam area of Khagrachhari Sadar upazila after her mother and stepfather were tied up.

On September 17, a housewife was raped in Mirpura area of the capital when she went to a house to collect blood for her ailing husband.

On January 5, a Dhaka University student was violated when she was walking from Kurmitola bus stop in the capital to a friend’s house near Shewra Railgate after getting off a university bus.

Talking to the daily sun, Prof Dr Sadeka Halim of Dhaka University Sociology Department said, “Incidents of rape are taking place as we haven’t yet been able to build a healthy society.”

“Basically, women from poor and middle-income families fell victim to rape. They can’t fight to get justice as they have no political power, social network, discontent with power structures and lack of their enough finical strength,” she said.

“Victims can’t get justice due to non-appearance of witnesses while culprits are also escaping punishment by using their political powers and loopholes of laws.”

The sociologist also blamed the patriarchal system in the society for increasing violence against women and culture of impunity.

The statistics of Bangladesh Mahila Parishad (BMP) show that some 5,350 women and girls have been raped in the last six years (2014-2019) across the country.

“In the last six months of the corona pandemic, we observed on average 100 incidents every month. The main reason behind the alarming rise in rape incidents is injustice to the victim and abuse of power by criminals. In most cases, people try to mix the movement of girls and attire behind rape cases. However, such mindset is an ultimate hindrance to social and economic empowerment of women,” she explained.

Citing the recent rape incident in Sylhet, Maleka said there are fears of insecurity for girls in society as culprits secure bail in any way.

“In most cases, perpetrators go unpunished due to the slack application of laws and social degradation and drug addictions are also blamed for the sharp rise in rapes.”

She put emphasis on introducing ethical education for children at family as boys and girls can experience equity in all stage of life while the exemplary punishment has to be meted out to the culprits through quick trial to curb the menace.

The rights activist also claimed that the actual number of incidents of rape could be higher as many go unreported.

Bangladesh National Women Lawyers’ Association President Advocate Salma Ali told the daily sun, “The incidents of rape are occurring due to lack of monitoring of the concerned agencies of the government, including law enforcement agencies.”

She said the culture of impunity, which has prevailing in the country over the years due to the slow trial process and poor conviction rate, is the main reason behind the spike in rape incidents.

Mentioning that the conviction rate is only 7 to 8 percent in the women violence cases, the rights activist also said, “In many cases, culprits are walking free from jail after committing crimes as they seem to be getting the upper hand.”

She said, “Law enforcers are failing to take proper measures to prevent violence against women as offenders are roaming free in the society though there are many laws in this matter.”

“Those involved with rape incidents won’t be spared,” he said, adding that culprits are being brought to justice for the sake of good governance.