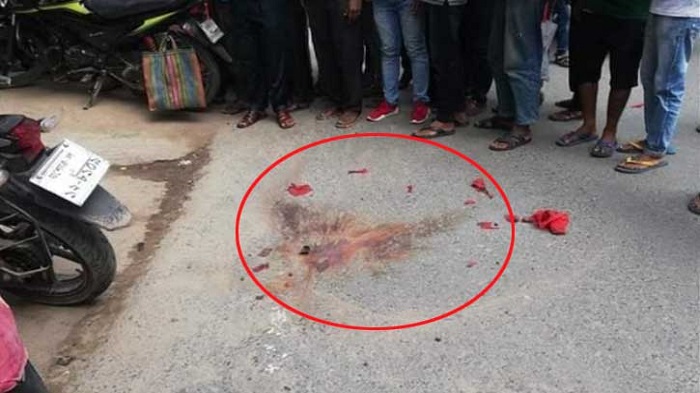 One was injured severely as miscreants stabbed him indiscriminately.

The victim was identified as Enamul Huq, 25, brother of a local businessman named Iqbal Hossain.

According to police and local witnesses, Enamul came to the bank by using his motorcycle for depositing money at around 2:00 pm. At that time, the miscreants tried to snatch Enamul’s bag that carried money. When he tried to save the bag the snatchers stabbed him in his hand, chest and belly, leaving him severely injured.

“I was carrying about Tk17 lakh as soon as I reached the spot the miscreants attacked me,” said Enamul.

Tasmim Ahmed, inspector of Jashore Kotowali Police Station, said,”Our officers visited the scene and they are collecting CCTV footage of the area.”

Different teams of police are conducting drive to arrest the miscreants, Tasmim added.