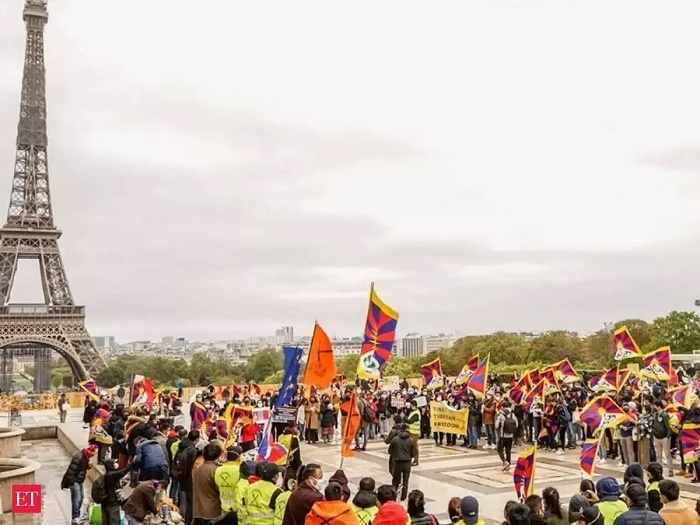 Members of various Tibetan associations in France gathered near the Eiffel Tower in Paris on September 27 to commemorate the 31st anniversary of the Lhasa uprising of 1989, against the Chinese occupation of Tibet.

Around 250 Tibetans and some members of the Mongolian community called for peace, freedom from Chinese oppression and democracy in Tibet as well as in Xinjiang, Inner Mongolia Mongols and Hong Kong. Those present also called for -stopping of cultural genocide in Tibet and Inner Mongolia by the Chinese Communist Party.

French Senator Andre Gattolin also joined the protest to show his support for the Tibetan cause.

The Mongolian community in Tokyo recently staged a demonstration against the Chinese government over its controversial language policy aimed at replacing Mongolian with Mandarin at educational institutions in Inner Mongolia, an autonomous region in China. The protest saw the participation of around 1,000 activists.

In Inner Mongolia, protests have been ongoing after the new education policy aimed at pushing Mandarin language education across the region sparked widespread unrest among the ethnic Mongolians. It has angered many as they see it as a move to erase their culture.

Thousands of students in Inner Mongolia have taken to streets to rally against China's three-year plan to push Mandarin language education across the region and phase out local history, literature and ethnic textbooks in favour of national course books.