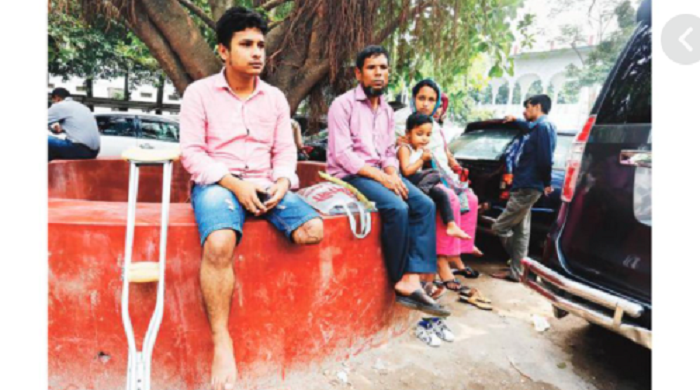 The High Court (HC)  set October 1 to pronounce its final judgment in a case filed for compensating Russel Sarker, whose left leg was severed after getting crushed by one of the buses of Green Line Paribahan in the capital.

According to the case documents, the driver of that bus crushed private car driver Russel intentionally as the two logged in an altercation on Mayor Mohammad Hanif Flyover on April 28, 2018.

“Russel’s left leg got severed after coming under the bus,” Advocate Khandaker Shamsul Haque Reza, who moved a petition in this regard, told newsmen earlier.

After filing of the writ petition, the High Court on May 14, 2018, issued a rule and the court on March 12, 2019, had ordered Green Line Paribahan authorities to give Taka 50 lakh to Russel Sarker.

“The court ordered Green Line Paribahan to provide all the medical expenses for Russel and arrange fitting a prosthetic limb for him,” Advocate Reza added.

Green Line Paribahan on April 10, 2019, paid Taka five lakh to Russel and was allowed one month time more to pay the remaining 45 lakh fixed by the High Court.