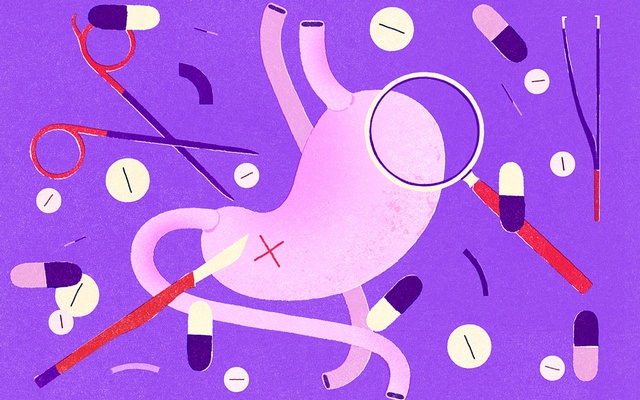 Growing rates of obesity among Americans are clear evidence that even the best intentions and strongest motivations are often not enough to help seriously overweight people lose a significant amount of weight and, more important, keep it off.

But for those who can overcome fears of surgery and perhaps do battle with recalcitrant insurers, there remains another very successful option that experts say is currently vastly underused. That option is bariatric surgery, an approach that is now simpler, safer and more effective than in its early days in the 1990s.

“Only one-half of 1 percent of people eligible for bariatric surgery currently undergo it,” Dr Anne P Ehlers, a bariatric surgeon at the University of Michigan, told me.

Bariatric surgery is generally considered a treatment option for people with a body mass index (BMI) of 40 or more who did not lose weight with diet and exercise. It is also recommended for those with lesser degrees of obesity — a BMI of 30 to 35 — who have obesity-related medical conditions.

Weight loss surgery’s underuse has been largely attributed to “the reluctance of the medical community and patients to accept surgery as a safe, effective and durable” obesity treatment, other experts at the University of Michigan wrote in JAMA in 2018.

They said patients “may be reluctant to pursue surgical treatment because they may be judged by others for taking the easy way out and not having the willpower to diet and exercise.” Willpower is clearly not enough for millions struggling with obesity, but “many may feel like failures if they opt for surgery,” Ehlers said in an interview.

This stigma, real or imagined, may keep many people from a treatment that can result in long-term weight loss and can significantly improve physical and emotional health and even longevity.

Although guidelines set in 1991 limit recommendations for bariatric surgery to those most severely affected by obesity, current evidence indicates that young people who are not yet morbidly obese may be especially likely to benefit from weight loss surgery. Most adolescents who are obese remain obese as adults and have worse medical outcomes than people who became obese as adults. The surgical route is now sometimes offered to adolescents and young adults with obesity-related health problems like Type 2 diabetes that have failed to yield to diet and exercise.

In a study reported by the University of Pittsburgh Graduate School of Public Health that followed 2,221 patients, within three years of bariatric surgery, most experienced less pain and improved ability to walk. But as with any weight loss programme, such benefits as well as lasting weight management depend on whether patients stick to a healthful diet and exercise regimen after the surgery.

The original bariatric technique, called Roux-en-Y gastric bypass, reduces the stomach to the size of an egg and bypasses a major portion of the small intestine to limit caloric absorption. A now-retired friend who underwent this operation 15 years ago lost 160 pounds and has kept all but 10 pounds off despite travelling widely on vacations, a time when people often gain weight.

In recent years, gastric bypass has yielded to a newer, less involved operation, sleeve gastrectomy, that has fewer complications yet excellent long-lasting results.

The American Society for Metabolic and Bariatric Surgery reports that only 1.5% of sleeve gastrectomy patients require a reoperation because of complications, as against 7.7% undergoing gastric bypass and 15.3% who have a less effective procedure called lap band surgery, in which a band placed around the stomach divides it into two pouches.

In a sleeve gastrectomy, about 85% of the stomach is removed, resulting in a banana-shaped pouch that limits the amount of food that can be consumed. In addition to restricting how much a person can eat, the surgery reduces hunger and the desire to overeat by eliminating the portion of the stomach that produces ghrelin, the hormone that stimulates appetite.

Both sleeve gastrectomy and gastric bypass, as well as other, less effective bariatric approaches, can be done laparoscopically, with patients spending only a day or two in the hospital.

In a major report involving 33,560 patients treated at 10 national medical centres and followed for five or more years, sleeve gastrectomy resulted in significantly fewer postoperative interventions than Roux-en-Y gastric bypass. The study was published in January in JAMA Surgery.

At most centres today, Ehlers said, “sleeve gastrectomy accounts for at least 80 percent of the procedures done.”

Even with these seemingly drastic treatments, weight loss occurs gradually, with patients beginning to notice weight loss by the end of a month. Most people can lose up to half their excess weight within a year of surgery and up to 60% by 18 months.

However, Ehlers cautioned: “This operation is not a magic pill. It’s a tool to be used in combination with a proper diet and physical activity. Before surgery, patients should be taught how to eat, and after surgery they need to learn how much they can eat before feeling sick. Most people can tolerate any food in small amounts, but they may never be able to eat a full Thanksgiving dinner again.”

Bariatric surgeons recommend that patients skip all sugary and carbonated drinks and not drink water when they eat solid food. Although it is possible to overeat and stretch one’s stomach, even back to its original size, this can be avoided if patients learn to stop eating when they feel full.

Patients may have to supplement their diets with certain nutrients, like calcium, iron, vitamin B12 and vitamin D, to compensate for the reduced ability to absorb them after surgery.

As with any operation, bariatric surgery has potential complications, which tend to be lower when performed by experienced surgeons at medical centres that do many of these operations. Rates of both complications and deaths related to the surgery have fallen drastically since 1998 from a peak of 11.7% and 1%, respectively, to 1.4% and 0.04% by 2016.

About a quarter of a million bariatric surgeries were performed in 2018, yet approximately 18 million adults ages 20 or older had BMIs higher than 40, according to the latest available data from the American Society for Bariatric Surgery. The average cost of weight loss surgery ranges from $17,000 to $30,000 and is often covered by insurance. However, untreated obesity costs the nation $1.72 trillion, or 9.3% of the gross domestic product, in health care expenses alone, the society reported.