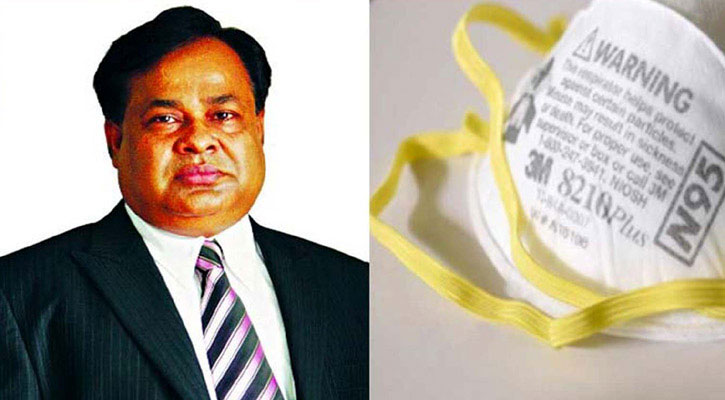 Judge KM Imrul Kayes of the Senior Special Judge's Court of Dhaka passed the order after Nurul Huda, deputy director of the Anti-Corruption Commission (ACC), produced him before the court with a 5-day remadn prayer on Tuesday afternoon.

Earlier in the day, a team of ACC arrested Razzak from the capital after Md Nurul Huda filed a case against him in this connection.

According to the case statement, JMI Hospital Requisite Manufacturing Ltd supplied 20, 610 pieces of fake N95 masks to CMSD in March, and the masks were later distributed to 10 organisations.

On July 8, the anti graft body quizzed Razzak for about six hours to gather more information regarding the issue.

The ACC summoned Razzak to appear before it for interrogation over the allegations on July 1.