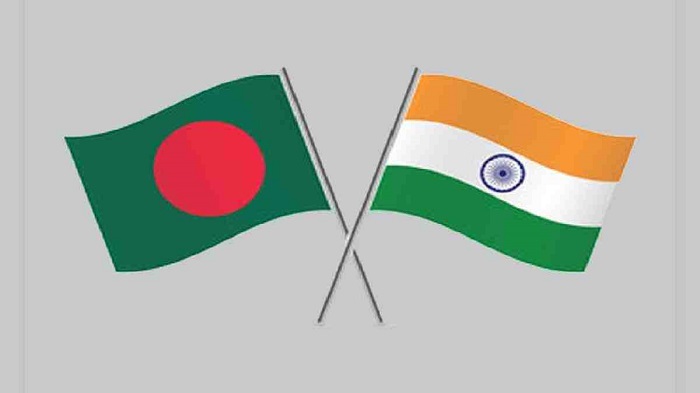 The bilateral meeting began at 3:30pm, an official at the Ministry of Foreign Affairs.

Dr Momen will brief the media immediately after the meeting, the official said.

Bangladesh is likely to raise the issue of making the Joint River Commission (JRC) truly functional for discussing the water-sharing issues of common rivers between the two countries.

There has been no meeting of the JRC since 2010.

"This JCC (6th) is being held quickly. And it's only for one hour as it’ll be held virtually due to the Covid-19 pandemic. Usually, we discuss for three hours," Dr Momen told reporters at his office on Monday.

He said they do not expect much from this JCC as it is being held for a brief period.

"India is our neighbour and our best friend. Naturally, we’ve many issues to discuss," Dr Momen said.

The water sharing of common rivers, Rohingya and travel air bubble issues are likely to come up at the meeting for discussion, officials said.

“Transport Bubbles” or “Air Travel Arrangements” are temporary arrangements between the two countries aimed at providing commercial passenger services when regular international flights are suspended as a result of the Covid-19 pandemic.

They are reciprocal in nature, meaning airlines from both countries enjoy similar benefits, another official told UNB.

On the water issue, Dr Momen said, they will try to resume the Joint River Commission meeting through discussion so that the water sharing issues can be discussed widely.

Both sides are also expected to finalise more programmes for the ongoing Mujib Borsho marking the birth centenary of Father of the Nation Bangabandhu Sheikh Mujibur Rahman and for the 50th anniversary of Bangladesh.

The JCC will review the entire gamut of bilateral relationships and set a roadmap for taking forward the bilateral cooperation to the next level.

A high-level monitoring mechanism is likely to be set up to regularly review the progress of the ongoing projects, officials said.

During the Indian Foreign Secretary's recent Dhaka visit, Bangladesh expressed deep concern at the rise in killings along the Indo-Bangladesh border by BSF/Indian nationals during the first half of this year.

Bangladesh flagged that this is in violation of all bilateral agreements and that the Indian Border Security Force must be duly urged to exercise maximum restraint.

The Indian side assured that the BSF authorities have been sensitised of the matter and the issue was discussed in detail at the DG-level talks between BGB and BSF in Dhaka this month.

"During the DG-level meeting, both sides pledged to bring it down to zero level," Dr Momen said.

India has become a non-permanent member of the UN Security Council and Bangladesh has already conveyed its greater expectation from India as a member of the UNSC, to play a more meaningful role in having a lasting solution to the Rohingya crisis, including their early repatriation to Myanmar.

In the last few years, Bangladesh and India have "amicably resolved" complex issues, including the land and maritime borders, said an official.

The fifth meeting of the Bangladesh-India JCC was held in New Delhi on February 8, 2019.