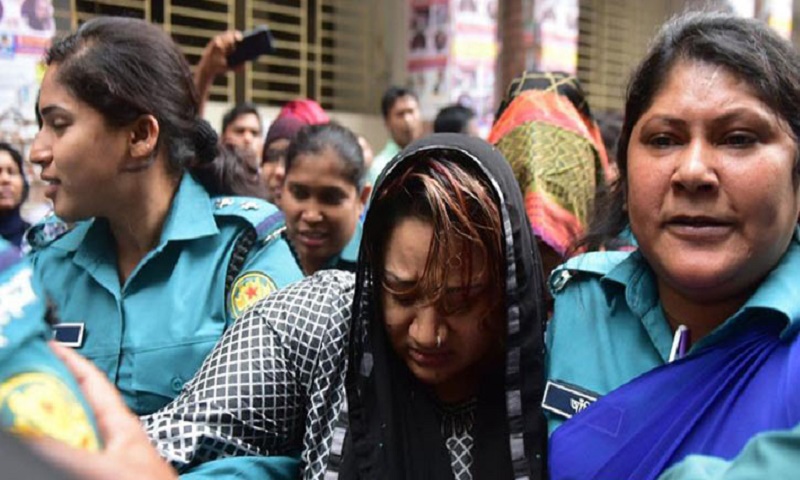 The body of Shamima Nur Papia’s mother was brought to Kashimpur Central Women Jail in Keraniganj on Monday night as the expelled Jubo Mohila  League leader can see her for the last time.

The body was taken to the jail gate at 10:00pm, said Jail super adding that it was there for 20 minutes.

In the presence of jail authorities, Papia saw her mother for the last time.

A team of Rab arrested Papia and her husband -- a former Chhatra League leader -- and their two accomplices from Dhaka's Hazrat Shahjalal International Airport on February 22 when they were trying to leave the country.