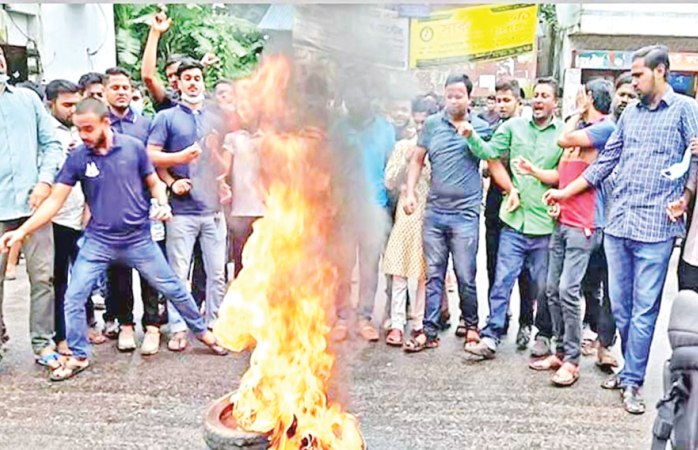 A Sylhet court on Tuesday placed Rony, Rajon Miah and Md Ainuddin on a five-day remand each in a case filed over the gang-rape of a woman at Murari Chand College in Sylhet on Friday.

Saifur Rahman of Sylhet Metropolitan Magistrate-2 Court passed the order after Indranil Bhattacharya, inspector of Shah Poran Police Station and also the investigation officer of the case, produced them before the court with a seven-day remand prayer.

Earlier on Monday, Saifur Rahman and Arjun Lashkar were put on a five-day remand each in the case.

Five named accused have so far been arrested by the law enforcers, along with two other unnamed accused in the case.