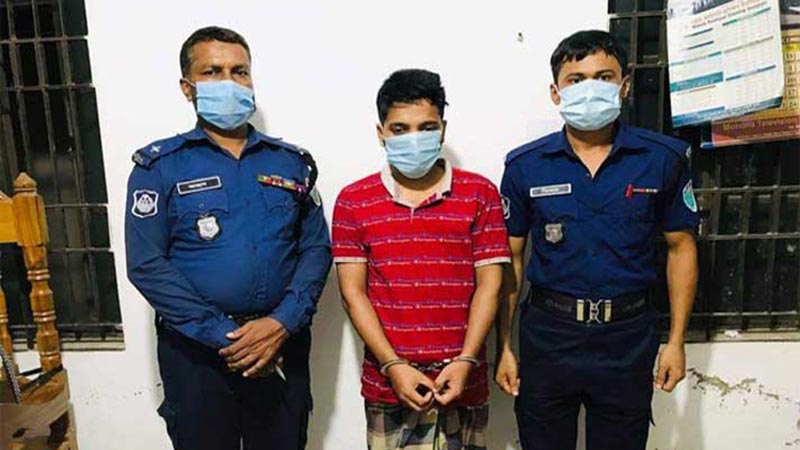 Police have arrested another accused in the case filed over the gang-rape of a woman on Friday at Murari Chand (MC) College in Sylhet.

The arrestee is Mahfuzur Rahman Masum (25) of Gachhbari village under Kanaighat upazila in Sylhet.

Mafuzur was arrested from Haripur area of Jaintapur upazila at 11:30pm on Monday.

Five named accused have so far been arrested by the law enforcers in the case till now.

However, the whereabouts of Tareque -- one other accused in the case -- remain unknown.

Unnamed accused in the gang rape case -- Rajan and Ainul Islam -- have also been held by the police.

The other named accused arrested are: Saifur, Roni, Arjun, and Rabiul. Among them, Saifur, Arjun and Rabiul have been placed on 5-day remands each by a Sylhet court on Monday.