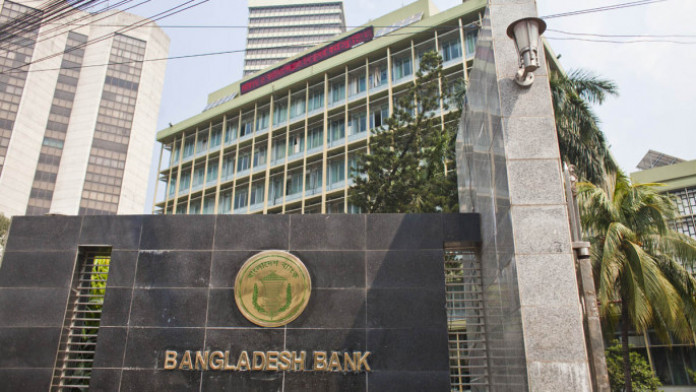 Bangladesh Bank (BB) has strengthened its supervision and monitoring on loans disbursement under the stimulus packages as the distribution of loans to some sectors has shown nominal progress.

A team of the central bank led by a deputy governor will look into the cause for the slow pace in loan disbursement. The team will also recommend ways to accelerate the progress.

He admitted that loans disbursement in rural areas is difficult as some banks have not enough networks to work in rural areas and in many cases small traders and farmers don’t have the necessary documents ready to apply for loans.

The central bank has already extended the loan disbursement deadline for rural SME and agriculture sectors considering this reality, other sectors are now under assessment whether an extension is needed, he added.

After the coronavirus pandemic hit in the country in March, the government and the central bank launched 19 stimulus packages worth Tk 1061.17 billion to tackle the economic fallout caused by the global pandemic.

Banks have been given the responsibility to distribute more than Tk 800 billion of the stimulus packages in the form of soft loans.

Though the government took rapid measures in response to the pandemic in April, loan disbursement from the stimulus packages for SMEs and Agriculture sectors and pre-shipment credit for exporters is yet to gather pace because of the absence of the central bank's monitoring and supervision.

Banks have distributed a major portion of loans for the large industries and service sectors as the disbursement process is easier than those put in place for the SME and Agriculture sectors.

As part of supervision on loans distribution, BB has sent letters to 18 banks last week asking an explanation for the slow pace in loan disbursement under some stimulus packages.

The letter sought to know within three working days why the disbursement of stimulus package loans was not satisfactory.

On April 23, the government announced stimulus packages of Tk 300 billion for industries and service sector to offset the damage caused by the coronavirus.

Although the banks were supposed to disburse the loan from their own funds, Bangladesh Bank provided a refinancing fund of Tk 150 billion, a half of package funding.

Banks have disbursed loans around Tk 200.57 billion so far from the stimulus fund.

The central bank has asked the banks to disburse the full amount of loans under the stimulus packages by October this year. The 18 banks have disbursed nominal loans from the fund so far.

Experts say that both the government and the central bank should rearrange the tenure of the packages given the slow recovery from the pandemic.

Both the agriculture and SME sectors should be addressed properly by implementing the stimulus packages as they are the backbone of the economy.

So far, banks have disbursed about Tk 41.20 billion among 11,183 borrowers under the stimulus package worth Tk 200 billion dedicated for the SME sector.

Banks have disbursed Tk 11.12 billion among 46,815 borrowers under the stimulus package for the farming sector, which received Tk 50 billion.

The central bank repeatedly asked banks to pay out the loans by October so that the country's agriculture sector does not face any adverse situation due to the financial meltdown, a Bangladesh Bank official said.

Banks blamed the latest floods for the weak implementation as this has discouraged entrepreneurs to take loans, he said.

"But banks are also responsible for the slow loan disbursement as they have not taken adequate initiatives to give out the loans,” the official said.

The Tk 50 billion stimulus package in the form of pre-shipment credit for the export sector made the worst start as only Tk 1.1 crore has so far been disbursed. Exporters usually avail the loans before shipping products to complete packaging.

The central bank initially asked banks to apply to it for the loan within seven days after shipping exported goods. But this is quite impossible to do so for the exporters and the central bank revised the provision last month.

As per the new condition, banks will apply to the central bank for the loans within seven days after they bankroll clients.

If the BB steps are taken involving or consulting with the commercial banks, the move will be most effective and easy to implementation, he opined.

Banks disbursed stimulus package for large industries and the service sector promptly. Some 72.85 per cent of the Tk 330 billion package has been disbursed so far.