Sheikh Hasina, a source of inspiration for development: Quader 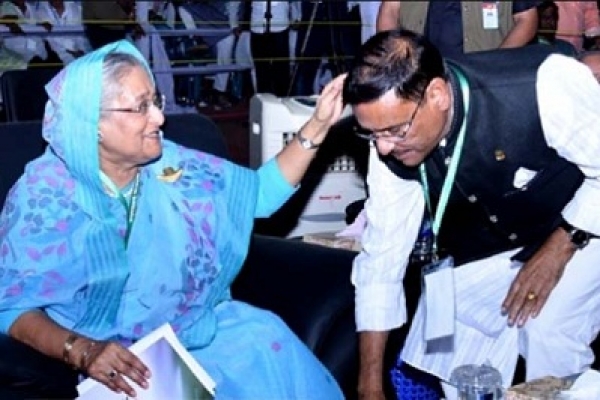 Awami League General Secretary and Road Transport and Bridges Minister Obaidul Quader said Prime Minister Sheikh Hasina is the symbol of development as she brought a dignified status for the country in the entire world with glorious achievements.

He said born on this day in 1947, Sheikh Hasina, daughter of Father of the Nation Bangabandhu Sheikh Mujibur Rahman, is the source of inspiration to the Bengalee nation.

The minister said Sheikh Hasina, also Awami League President, opened the door of golden horizon for the nation and multiplied the nation’s self-confidence to go ahead. Quader said she encouraged the distressed and frustrated people to lead a better life as well as sowed the seeds of dream among them.