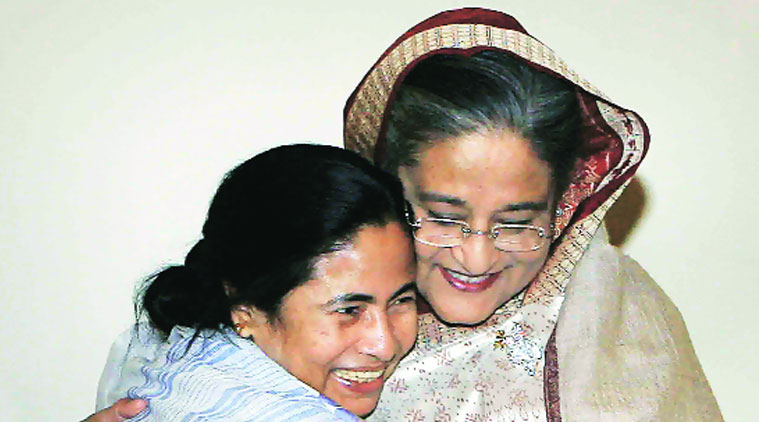 In her message, Banerjee hoped that the relationship between the two countries gets strengthened with every passing year.

“Heartiest birthday greetings to the Prime Minister of Bangladesh, Sheikh Hasina Ji. I pray for stronger ties between India and Bangladesh," Banerjee tweeted.

Prime Minister Sheikh Hasina, the most successful statesman after the post-1975 carnage, and the skipper of transforming Bangladesh into a middle-income country, turns 74 on Monday.

Sheikh Hasina, the eldest daughter of Father of the Nation Bangabandhu Sheikh Mujibur Rahman, was born at Tungipara in Gopalganj district on this day in 1947, a historic year that saw the partition of Indian sub-continent into India and Pakistan.

She has become a pioneer in resolving various crises of the country. Under her prudent and dynamic leadership, the country is making tremendous progress despite obstacles.

Amid the global economic meltdown caused by the ongoing coronavirus pandemic, the premier has taken timely steps to save public life and keep the wheels of the country’s economy running.

Sheikh Hasina spent much of her childhood in the small hamlet where she was born. She started her schooling there. When Bangabandhu was elected a legislator, his family was shifted to Dhaka in 1954.

She was admitted into Sher-e-Bangla Girls’ School and College and later to Azimpur Girls’ High School from where she completed her secondary education in 1965. She was then admitted into Badrunnessa Government Girls College.

During her bachelor course, Sheikh Hasina was elected vice-president of the students union of Eden Girls College. Later, she enrolled on her Master’s programme at Bengali department of Dhaka University.

As a student leader, she actively took part in the six-point movement of 1966 and the student movement of 1969 which saw the abdication of General Ayub Khan. In 1967, she got married to nuclear scientist Wazed Miah.

During the country’s Liberation War, Sheikh Hasina and her family were interned in a house in Dhaka. On July 27 in 1971, her first child Sajeeb Wazed Joy was born. Her second child Saima Wazed Hossain Putul was born on December 9, 1972.

After the assassination of her parents along with almost all family members in 1975, Sheikh Hasina and her family were offered political asylum in India, where she stayed till 1981. In that year, she was elected president of the Awami League in her absence.

Sheikh Hasina returned home on May 17 in 1981. She was greeted by thousands of people waiting at the Airport leading to Farm Gate and Manik Miah Avenue.

In 1996, 21 years after Bangabandhu was assassinated, Sheikh Hasina led the Awami League and helped the party assume power and became the country’s prime minister.

On August 21, 2004, Sheikh Hasina, then opposition leader, escaped an attempt on her life as grenades were lobbed at an Awami League rally on Bangabandhu Avenue in the capital.

Although she survived the attack, at least 24 people were killed and over 300 others injured in the gory incident. Most of them were Awami League leaders and supporters.

In 2008, Sheikh Hasina led the Grand Alliance to an overwhelming victory obtaining 90 percent of parliament seats in the general elections. She was elected the prime minister on January 5, 2014 for the second time in a row. Sheikh Hasina assumed office of the prime pinister for third consecutive term through landslide victory in general elections in December 2018.

Under her leadership, Bangladesh has become a role model for development, attaining steady economic growth, becoming self-sufficient in food and attaining a progress in the fields of women empowerment, agriculture, education, health, infrastructure, communication, energy and power, trade and commerce, ICT and the SME sectors. Her role in extending humanitarian support to over 1.1 million forcibly displaced Rohingyas from Myanmar, who now took shelter in Cox’s Bazar, was lauded by global leaders, institutions and eminent personalities.

Heartiest birthday greetings to the Prime Minister of Bangladesh, Sheikh Hasina Ji. I pray for stronger ties between India and Bangladesh.