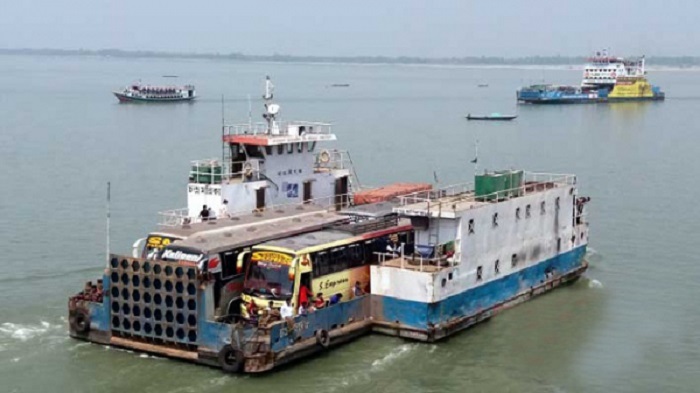 Ferry services on Shimulia-Kathalbari route have been shut down again on Sunday due to navigability problem on the river padma, concerned officials said on Sunday, plans are underway to open an alternative channel on the route within a month as ferry operations on the route were suspended for 14 days during this month.

The services which frequently being disrupted due to erosion and navigability crisis and again come to halt after a limited operation continued for only twelve days by the authority since September 15.

Passengers and transport workers travelling to and from 21 south-eastern districts are facing immense sufferings for disruption in the ferry services.

After visiting the river channel, Bangladesh Inland Water Transport Authority (BIWTA) Chairman Commodore Golam Sadque said, “a dredger has set to revive navigability of the channel and we are hopeful that an alternative channel also will be opened within a month.”

Even the launch services on the route also remain suspended from Monday, so the people have been crossing the river on Speed boats by taking their life risk.

The sufferings of the travelers who are frequently traveling on the route have deepened as the ferry services on the route were suspended for 14 days during this month, said the officials