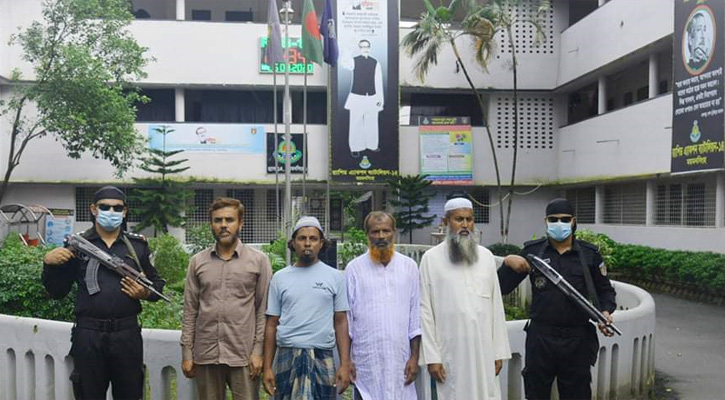 The arrestees are identified as Akkash Ali, 55, Jakir Hossain, 50, Osman Gani Mallick, 48 and Md Harun, 35, all of them hailing from the upazila.

Lieutenant Colonel Iftekhar Uddin, Commanding Officer of RAB-14, said on secrete information some militants were planning to conduct sabotage, a team of law enforcers conducted an operation at Abul Hossain Bulbul's house at area 2:00 am.

Sensing the presence of RAB, the militants were trying to flee the spot but RAB arrest them, he added.

A case was filed against them with the police station in this regard, Iftekhar said.