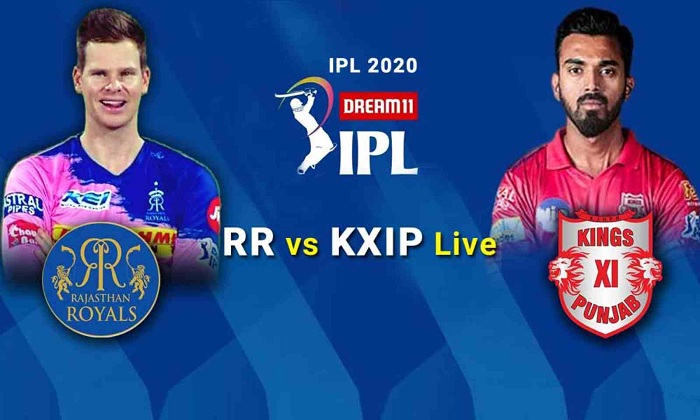 Rahul Tewatia smashed five sixes in an over by Sheldon Cottrell to turn things around, following the dismissal of Sanju Samson which seemed to have tilted the game in favour of KXIP.

Earlier, Kings XI Punjab (KXIP) openers KL Rahul and Mayank Agarwal enabled the side to post a massive total of 223/2, after being sent in to bat at the iconic Sharjah cricket stadium in match nine of Indian Premier League (IPL) 2020 on Sunday.

Agarwal registered his maiden century in the IPL off 45 deliveries, smashing the ball to all corners of the ground, before being dismissed for 106. Rahul further scored an excellent half-century, before perishing for 69. Glenn Maxwell and Nicholas Pooran helped in finishing the KXIP innings effectively, with some beautiful strokes.

Rahul Tewatia(51 off 31 balls) hit five sixes in an over after Sanju Samson(85 off 42) and Steve Smith(50 off 27) hit sparkling fifties as Rajasthan Royals chased down the highest ever total of IPL to beat Kings XI Punjab by 4 wickets in Sharjah.

Earlier, Mayank Agarwal scored his maiden IPL ton off 45 balls and KL Rahul scored 69 as their record opening partnership propelled Kings XI Punjab to 223 for 2 after being sent in to bat first by Rajasthan Royals captain Steve Smith who won the toss and opted to bowl first.

Buttler and Ankit Rajpoot came in place of Yashasvi Jaiswal and David Miller. KXIP went in with an unchanged squad.