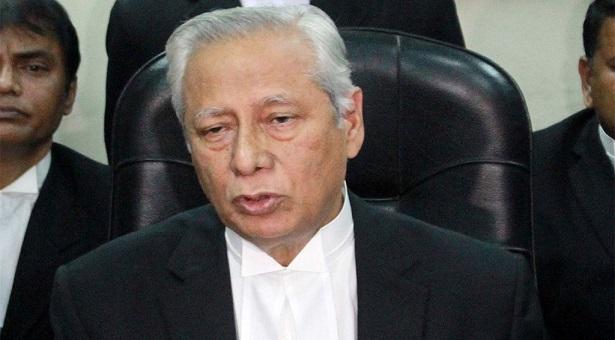 Attorney General Mahbubey Alam passed away at Combined Military Hospital (CMH) in the capital on Sunday. He was 71.

“My father Attorney General Mahbubey Alam passed away at 7:25pm on Sunday,” his son Sumon Mahbub said in a Facebook post.

They also conveyed their sympathies to the bereaved family members.

Law Minister Anisul Huq also expressed his profound sorrow at the sudden demise of the top law officer. “His death has caused an irreparable loss to the judiciary.”

The longest-serving attorney general was admitted to CMH on September 4 after being diagnosed with Covid-19.

He was put on ventilator support at the intensive care unit (ICU) of the CMH earlier in the day.

Mahbubey Alam was admitted to the hospital with high temperature on September 4 and later tested positive for coronavirus.

Even, he used to move sensational cases in the lower court.

He was one of a few lawyers of the Supreme Court to have moved the historic Purnima rape case in Sirajganj court.