How long will India be kept out of decision-making structures of UN, asks Modi 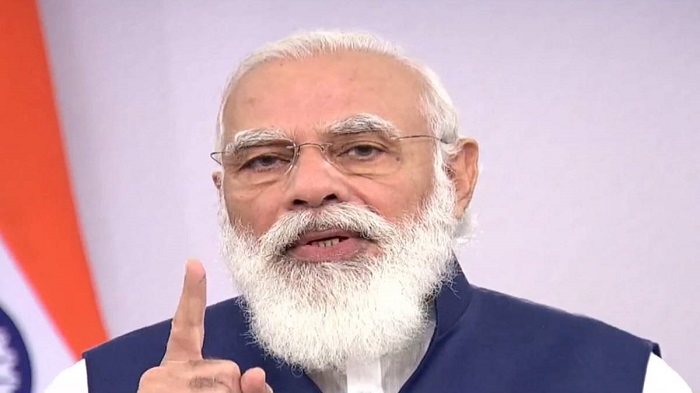 Prime Minister Narendra Modi on Saturday called for the reforms "in the responses, in the processes, and in the very character" of the United Nations along and an expanded role for India and its presence in the decision-making structures of the global body.

Addressing the 75th session of United Nations General Assembly, Prime Minister Modi asked how long will India, the world's largest democracy and home to 1.3 billion people, be kept out of the decision-making structures of the United Nations.

Barring China, all other four permanent members of the UNSC have expressed support for India's candidature for a permanent seat in the security council.

Prime Minister said that the international community is faced with a very important question about the relevance of United Nations as the "requirements and challenges" of the present as well as the future are vastly different from those when the world body was constituted in 1945.

The theme of the 75th UNGA is the "The future we want, the United Nations we need, reaffirming our collective commitment to multilateralism-confronting COVID-19 through effective multilateral action".

Modi underscored that the ideals on which the UN was founded and India's own fundamental philosophy has a lot of commonalities and are not different from each other." Within the halls of the United Nations, one has often heard the words 'the world is one family'," he said, adding that it is part of India's culture, character and thinking to treat the whole world as one family.

The Prime Minister also referred to India's contributions to about 50 UN peace missions over the decades.

"India has always given priority to the welfare of the whole world. India is the country, which sent its brave soldiers to about 50 peacekeeping missions the world over to keep peace. India is that country, which in the course of maintaining peace, has lost the maximum number of its brave soldiers Today every Indian, while seeing the contribution of India in the United Nations, aspires for India's expanded role in the United Nations," he said.

Talking about India's stint as a non-permanent member of UN Security Council, Prime Minister Modi said the country will not hesitate in raising its voice against the enemies of humanity, the human race and human values including terrorism, smuggling of illegal weapons, drugs and money-laundering.

India's two-year stint as a non-permanent member of the UN Security Council will begin from January 1 next. Modi said the country will bring years of rich developmental experience for the benefit of the whole world.

The Prime Minister assured the international community that India's coronavirus vaccine production and delivery capacity will help all humanity in fighting the pandemic.

"As the largest vaccine producing country of the world, I want to give one more assurance to the global community today. India's vaccine production and delivery capacity will be used to help all humanity in fighting this crisis. In India and in our neighbourhood, we are moving ahead with phase 3 clinical trials in India. India will also help all the countries in enhancing their cold chain and storage capacities for the delivery of the vaccines," he said.

Modi said even during these very difficult times of the raging pandemic, the pharmaceutical industry of India has sent essential medicines to more than 150 countries.

The phase-3 trial of coronavirus vaccine 'COVAXIN' in India is scheduled to start in Lucknow and Gorakhpur from October.

During his nearly 20-minute address, Prime Minister Narendra Modi outlined how the world's largest democracy has moved forward with the vision of a "Self-reliant India".

He noted that more attention was being paid to health of women in the country and government has made provision of paid maternity leave of 26 weeks.

"Following the mantra of Reform-Perform-Transform, India has made great efforts to bring about transformation in the lives of millions of its citizens," he said.