No culprit will be spared in MC college incident: Quader 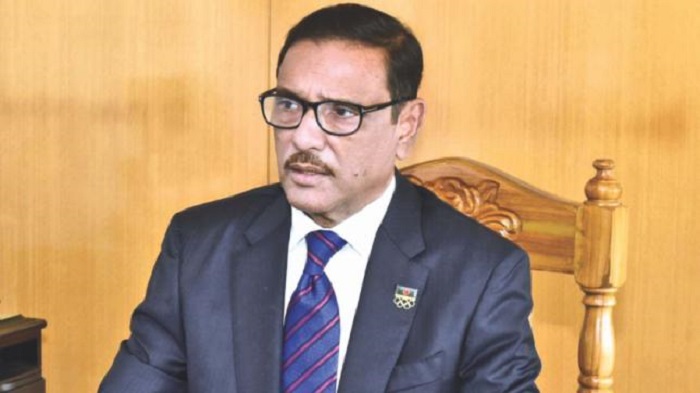 Taking serious note of the rape incident in Sylhet MC College, Road Transport and Bridges Minister Obaidul Quader on Sunday said the culprits involved in such a heinous crime would not be spared.

The government stands like a rock in inflicting punishment on the offenders, and no culprit will be spared, said Quader, also AL General Secretary.

“The government sticks to tough stance over the MC college incident. All culprits, whoever they are, will be brought to justice, none will be spared,” he told a discussion marking the 74th birthday of AL President and Prime Minister Sheikh Hasina at the party’s central Bangabandhu Avenue office here.

AL’s sub-committee on relief and social welfare arranged the discussion titled ‘Jananetri Sheikh Hasina is the leader of humanity in facing natural and man-made disasters’.

Joining the discussion virtually from his official residence, Quader said law of the country is going on its own course and the government does not interfere in judiciary.

The people saw the government did not hinder taking actions against any wrongdoer whether he or she is ruling party leader and supporter or not, he added.