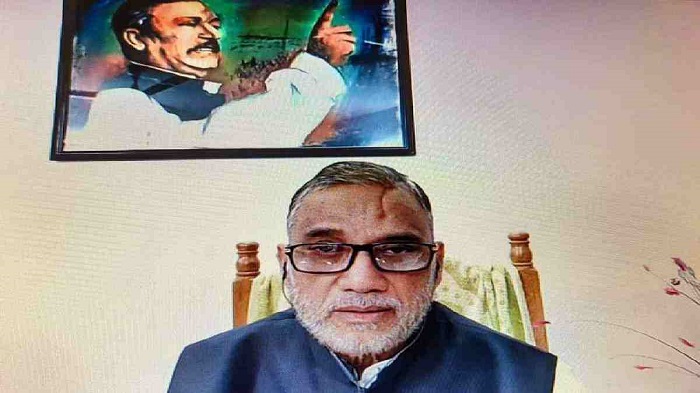 “The government has declared 1,738 sq km of the ‘Swatch of No Ground’ in the South Bay of Bengal as a Marine Protected Area. This has helped in the conservation and breeding of endangered marine dolphins, whales and sharks,” he said.

Shahab Uddin was speaking at a webinar as chief guest on 'Underwater Nature Exhibition and Discussion' organised by Save Hour Sea on the occasion of World Tourism Day 2020.

With a view to conserving biodiversity, work is underway to declare 1,743 sq km adjacent to St Martin's Island as a Marine Protected Area, he said, according to a ministry handout.

A number of significant steps have been taken for the sustainable management of the overall aquatic biodiversity in the Bay of Bengal, especially dolphin conservation, he added.

Shahab Uddin said the ministry has declared St Martin's Island, the area adjacent to Cox's Bazar-Teknaf beach and the Sundarbans as Ecologically Critical Area (ECA) to protect the coastal areas of Bangladesh.

Various programmes, including cleaning activities, are being carried out in these areas for environmental protection, he noted.

“It’ll be possible to conserve the biodiversity of these areas through proper implementation of the ECA announced by the government,” he said.

Besides, 52 coastal pollution hotspots have been identified, where work is being done to prevent pollution, he added.

Projects have also been taken up for sea biodiversity assessment, said Shahab.

The incumbent government has been implementing a 100-year delta plan to build a developed and prosperous Bangladesh, the minister said.

“We have to implement ecotourism and environmental tourism for our better future,” he noted.

The webinar was conducted by Muhammad Anowarul Hoque, Secretary General of Save Our Sea (Marine Conservation).