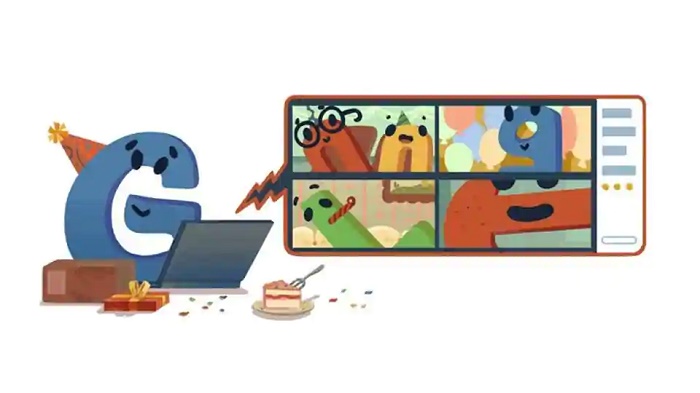 The doodle shows the letter “G” engaged in a video call on a laptop. It’s wearing a birthday cap with gifts and a piece of cake kept in front of it. A pop up showing the laptop screen features the other letters of the name “Google” and they’re celebrating too. The representation of the event in the doddle is quite apt as in the present times, due to the pandemic, most people are celebrating their birthdays virtually.

Google was founded by Larry Page and Sergey Brin in 1998. There is a very interesting story behind the moniker which has now become an unofficial synonym for the word “search”. The name, as it turns out, is a play on a mathematical term.

As explained in a blog shared by Google, the name came into existence when American mathematician Edward Kasner and his young nephew Milton Sirotta took an “unassuming stroll” in the woods of New Jersey in 1920. Kasner, as the story goes, asked Sirotta to help him chose a name “for a mind-boggling number” - a 1 followed by 100 zeros. To which, Sirotta answered “a google.” Later, the name gained visibility in 1940 when Kasner used it in a book he co-authored. And today it’s a term almost everyone is aware of.

What’s even more interesting, and someone may be unaware of, is that the term “Google” is a part of Oxford English Dictionary. It was officially added to the list, as a verb, in the year 2006.