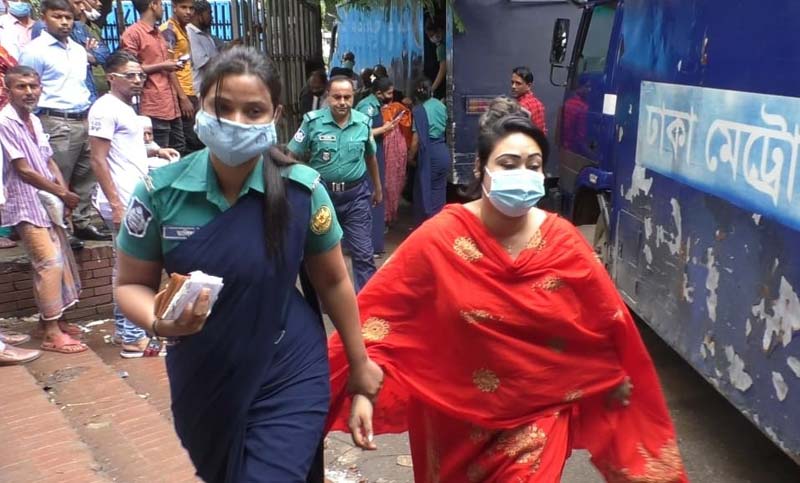 On September 24, the prosecution completed arguments and sought maximum penalty for Papia and Sumon in the case.

On June 29, investigation officer Arifuzzaman, sub-inspector of Rapid Action Battalion, submitted charge sheet in the case. The charges were framed on August 23.

Twelve people were named as witnesses in the case.

Rab raided two flats belonging to Papia and Sumon on February 23, a day after arresting them at Hazrat Shahjalal International Airport.

Counterfeit notes and foreign currencies of around Tk 2.5 lakh were seized from them.

About Tk 58 lakh was recovered from the two flats on Indira Road in Dhaka and a presidential suite at a five-star hotel in the capital.

Apart from the lavish flats in Dhaka, Papia and Sumon, a former Chhatra League leader, own two more flats and two plots worth around Tk 2 crore in Narsingdi and a number of luxurious cars.

On August 4, the Anti-Corruption Commission (ACC) filed a case against Papia and her husband for embezzling Tk 6.24 crore.