4 members of a family killed in Dinajpur mud-wall collapse 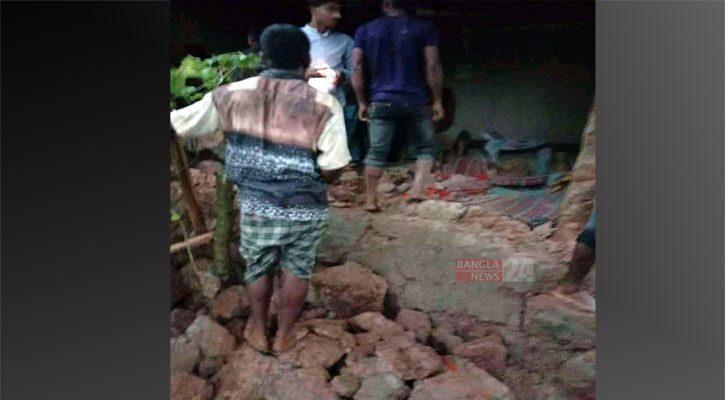 Four members of a family, including two children, were killed as part of a mud-wall of their house collapsed on them at Jhaupara in Parbatipur upazila of Dinajpur district early Sunday.

The victims were identified as Swapan, 30, his wife Farzana, 25, and their two children—Hossain, 7, and Hasibur, 5, of the village.

Mokhlesur Rahman, officer-in-charge of Parbatipur Police Station, said the four members of the family were killed some time at night when the house partially collapsed on them in their sleep.

Local people said the mudslide occurred due to incessant rains for the last several days as mud walls are very weak in shear, tension and compression.