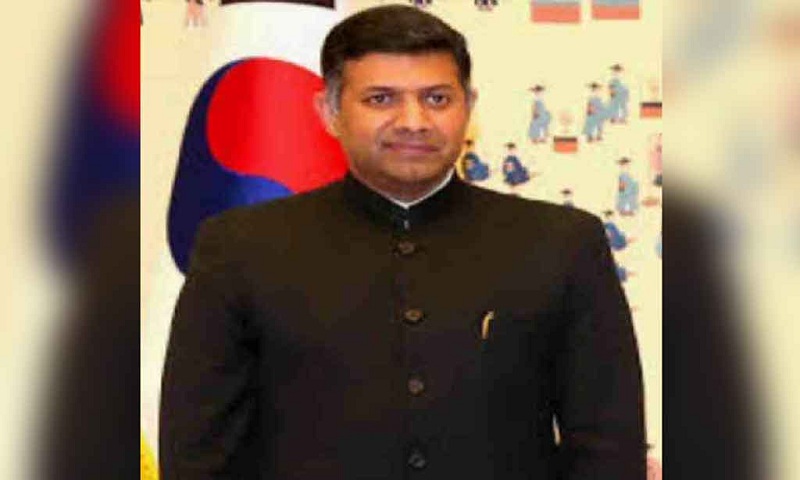 He will hand over his credentials to President Abdul Hamid on October 8.

Vikram Doraiswami was appointed for the post of the new Indian High Commissioner to Bangladesh by the Indian government on August 13.

Hailing from Tamil Nadu in India, Vikram had his Masters degree in history from Delhi University.

His father was serving Indian Air Force while the Liberation War of 1971 was going on. Vikram Doraiswami's father participated in the war.  Vikram Doraiswami worked for some days as a journalist before joining IFS.

He earlier served as the Indian ambassador to the Republic of Korea. He was also posted in Uzbekistan.

He can converse in Chinese and Urdu, and knows a little bit of French as well. He is fluent in Bangla and his wife is Bangali.