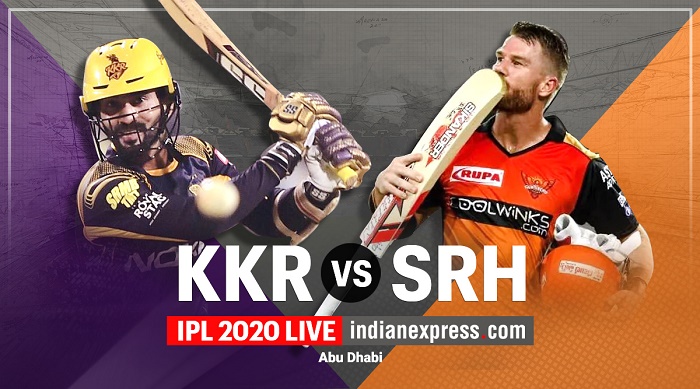 Shubman Gill scored a half-century and along with Eoin Morgan added 92 unbeaten runs for the fourth wicket as Kolkata Knight Riders beat Sunrisers Hyderabad. It's been a brilliant day for Kolkata.

KKR beat SRH by 7 wickets to register their first win of IPL 2020. Shubman Gill and Eoin Morgan were involved in an unbeaten 92-run partnership for the fourth wicket after SRH bowlers had reduced KKR to 53/3.

Gill scored his fifth IPL half-century and remained not out on 70, while Morgan was undefeated on 42 off 29 balls.

In the first innings, Manish Pandey scored 51 off 38 balls but KKR restricted SRH to 142 for 4 after they opted to bat first in the Indian Premier League Match No.8 in Abu Dhabi. For KKR, Pat Cummins (1/19) and Varun Chakravarthy (1/25) were the pick of the bowlers on a good batting track.

SRH made three changes to their side, Mohammad Nabi, Wriddhiman Saha and Khaleel come in for Mitchell Marsh, Vijay Shankar and Sandeep Sharma.

KKR, on the other hand have brought in Kamlesh Nagarkoti and Varun Chakravarthy in place of Sandeep Warrier and Nikhil Naik. Both KKR and SRH are searching for their maiden win in this year’s IPL.