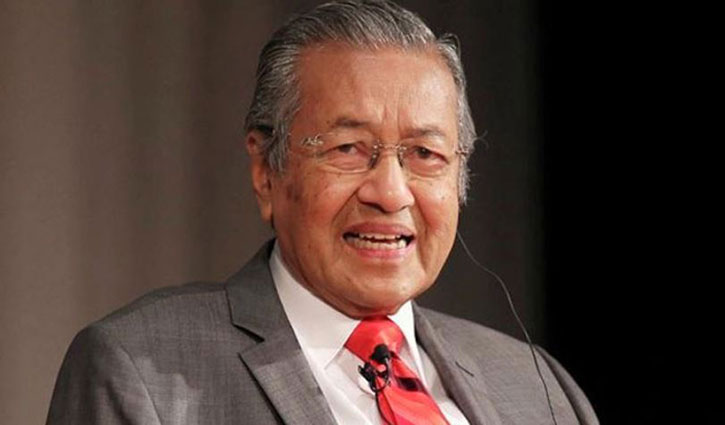 Former Malaysian Prime Minister Mahathir Mohamad said on Saturday (Sep 26) that he will not contest in the next general election if it is held according to schedule, as he would be 98 years old then.

He added that he will instead offer advice and share his experiences with members of his party, Pejuang.

Malaysia’s next general election is due in 2023, but there has been talk of possible snap polls.

Dr Mahathir had said earlier this month that his party aspires to win about 30 seats in the 15th general election and become the kingmaker in the formation of a new government.

Pejuang was recently formed, with Dr Mahathir announcing then that it will neither be part of the ruling Perikatan Nasional (PN) coalition nor the opposition Pakatan Harapan (PH) coalition.

The former prime minister of the PH government had earlier been removed from Parti Pribumi Bersatu Malaysia (Bersatu), which he founded, after he refused to support the PN government led by Bersatu president Muhyiddin Yassin.

Speaking to reporters at his Langkawi MP service centre on Saturday, Dr Mahathir said there is a risk calling for elections now due to the COVID-19 pandemic.

“Under normal circumstances, it can (be dissolved) because the GE gives power to the people to decide who becomes the government.

“But at this time, the country is facing the COVID-19 problem, this problem causes the cost of holding the GE to be high and also exposes the people to the spread of the disease,” he said when asked if there was a need to dissolve Parliament following recent political developments.

“I am confident that if the GE is held, many people will be affected by COVID-19, many will die. The question is whether we give priority to politics or the people’s lives,” he added.

Earlier this week, Malaysia’s opposition leader Anwar Ibrahim announced that he has garnered a "strong, formidable, convincing majority" of Members of Parliament to form a new government.

Mr Muhyiddin cast doubt on the Parti Keadilan Rakyat (PKR) president’s claims, saying he has not specified the number of MPs who are supposedly backing him.