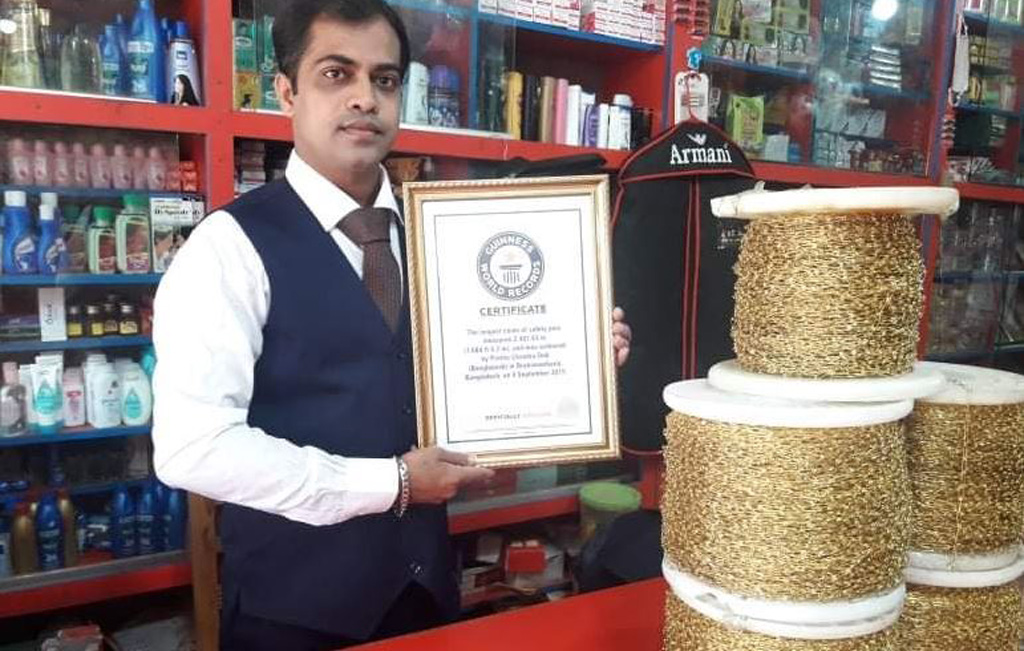 Partha Chandradev, an inhabitant of Fandauk village in Nasirnagar upazila of Brahmanbaria, Bangladesh, has recorded his name in the Guinness Book of World Records by making the longest chain in the world with small golden safety pins.

According to media report, he also helps his elder brother who is looking after their father’s business in the market of Fandauk village.

On September 17, he got the official certificate of the world record by post.

With this record he broke the record made by India’s Harsha Nune and Sri Navya Nune in 2018.

He also wishes to break his own record by making the longest chain with stapler pins.