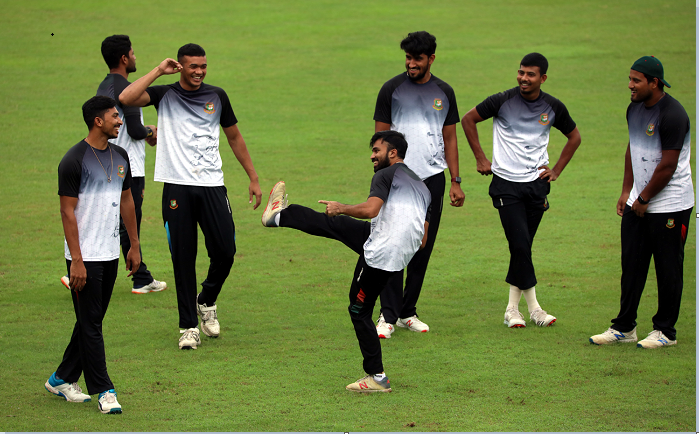 Bangladesh Cricket Board (BCB) official said on Saturday that they are eyeing to travel to Sri Lanka for the three-match Test series in between October 7 to 10, if everything goes smoothly,

Bangladesh were expected to leave for Sri Lanka on September 27 but had to postpone it due to the differences between the two boards regarding the duration of quarantine for the tourists as the hosts is asking to complete a 14-day mandatory quarantine while the tourists is not ready to do more than seven days.

BCB still awaits a response from the Sri Lanka Cricket (SLC) regarding a revised tour guideline.

“We were supposed to leave for Sri Lanka tomorrow (Sunday) but we are not being able to do so. Head coach (Russel Domingo), selectors and BCB CEO (Nizamuddin Chowdhury) sat for a meeting and decided to give a three-day break to the players. We will return to training after three days and we hope that we will get a response from the SLC within two-three days,” Akram told reporters on Saturday.

“If everything remains positive, we hope to go on the tour sometime between the 7th and 10th of the next month. Since their (Lankan) Premier League (LPL) has also been delayed, so they also have time,” he said.

However, BCB on Saturday announced a three-day family break of the cricketers in order to keep refresh them mentally at the expense of breaking the bio-bubble.

BCB formed a 27-member preliminary camp for a one-week residential camp from September 20 ahead of the tour of Sri Lanka as part of the preparation for the Test series that was scheduled on October 23 earlier.

BCB decided to allow their cricketers to get some gas by staying with their close ones after completing a hectic one-week inside bio-bubble environment.

However, BCB failed to work according to their plans and cancelled the chartered flight that was expected to take the cricketers as they are not ready to complete a 14-day mandatory quarantine on the island.

“We have to think about the mental state of our cricketers and they were really bogged down staying under the bio-bubble for the first time in their life,” said BCB chief physician Debashis Chowdhury on Saturday.

“It’s true that the existing bio-bubble is broken but we can always start a new bio-bubble upon their return back to the hotel from their respective homes,” he said.

“We have to do a fresh testing of COVID-19 as the previous tests will not be considered due to long-duration between each test,” he said adding that they didn’t complete the last COVID test that was expected to be completed 72 hours before their departure.

BCB dedicated a floor in the hotel for the team while meals are being served under strict protocol at a different floor to keep the cricketers and the supporting staff isolated and under the bio-bubble while they opted to limit the movement of squad members both inside the hotel as well as at Sher-e-Bangla National Cricket Stadium during the practice session.

BCB officials insisted that the hotel staff that are expected to work with the team had gone through corona tests will be living in a separate dormitory during their stay at Pan Pacific Sonargaon.

The drivers expected to carry the cricketers from the hotel to the ground had also gone through corona tests and were living isolated from their family.