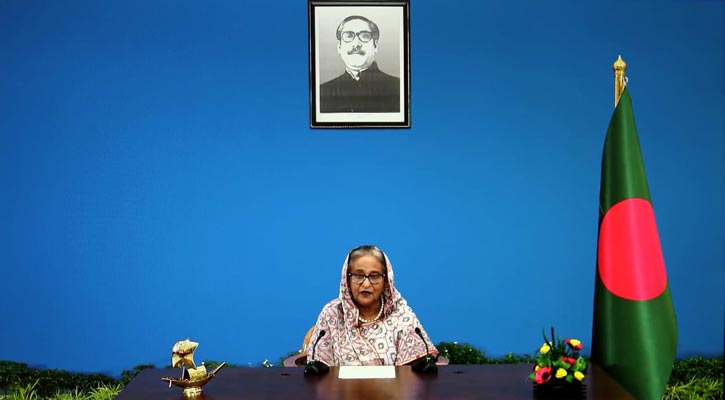 The premier on Saturday delivered her statement at the UNGA general debate in the UN Headquarters.

The Bangladesh premier's pre-recorded speech came as United Nations stages its 75th UNGA session while the global Covid-19 pandemic forces the global forum to hold the annual assembly of world leaders through the virtual media in New York this year.

She delivered the speech in Bangla as she did in previous UNGA sessions as the premier, following Father of the Nation Bangabandhu Sheikh Mujibur Rahman's footprint.

Sheikh Hasina informed the UNGA about of higher infrastructural capacity of Bangladesh pharmaceutical industry and said if Bangladesh was provided with the technical know-how and patents, it could launch mass-scale productions of inoculates.

According to global health regulators, researchers are testing 42 vaccines in clinical trials on humans, and at least 93 preclinical vaccines are under active investigations in animals but developed countries were placing orders to vaccine makers for early availability of inoculates causing fears it could prolong the pandemic.

Sheikh Hasina said the way the Second World War had prompted countries to join their hands to cooperate each other establishing the United Nations, the ongoing pandemic now warranted "collective action" in an identical manner under right leadership.