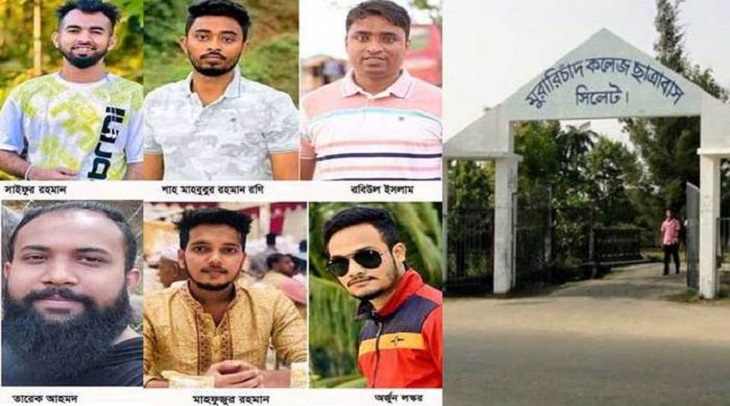 A three-member probe committee has been formed over the reported rape incident of a 19-year girl in a dormitory of Sylhet MC College on Friday night.

Prof Anwar Hossain Chowdhury, a teacher of Mathematics department of the college, has been made convener of the probe body.

The development came after an emergency meeting of the academic council this afternoon (Saturday).

Meanwhile, two guards of the hostel have been suspended.

A group of Bangladesh Chhatra League leaders of the college reportedly violated the girl around 7:00pm after tying up his husband in a room of the hostel, said the victim’s husband.

On information, police rescued the couple from the hostel around 10:30pm.