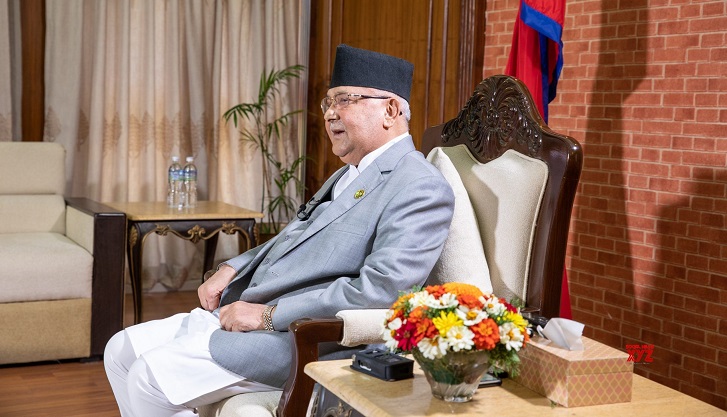 Condemning terrorism in all its forms and manifestations, Nepal Prime Minister KP Sharma Oli on Friday (local time) called for an early conclusion of a Comprehensive Convention on International terrorism (CCIT), reports ANI.

“Nepal condemns terrorism in all its forms and manifestations; or other activities inflicting pain and suffering to the innocent people. We call for an early conclusion of a comprehensive convention against terrorism,” he added.

The CCIT was proposed by India in 1996. It provides a legal framework which makes it binding on all signatories to deny funds and safe havens to terrorist groups. However, it continues to remain a draft due to a lack of consensus at the United Nations.

India has been pushing for the early adoption of the CCIT in the United Nations.

During his speech at the UNGA, Oli further touched upon a slew of issues including COVID-19, climate crisis, human rights and also shed lights on the rising world military expenditure.

The Nepal PM said the “smooth and affordable access” by all to anti-COVID vaccines after they are developed is important.

“Be it the magnitude of public health crisis, impact on livelihoods and societies or global economic recession, the fallouts of the pandemic have been colossal,” he said.

“What matters most in the ongoing health crisis is an easy, smooth and affordable access by all to anti-COVID vaccines after they are developed; sharing of knowledge and experiences; and provision of timely supply of medical equipment and medicines,” he added.

Expressing concerns regarding the worsening humanitarian situations in Libya, Syria and Yemen, PM Oli called for peaceful resolution of all conflicts, led and owned by the people of the respective countries.

“We would like to see peace and stability in the Middle East with a two-state solution for Israel and Palestine, living side by side in peace and security with secure and recognised international borders based on relevant United Nations resolutions,” he said.

Oli asserted that the arms race, weaponisation of outer space, and cyber warfare inflict a huge cost on humanity.

As the host country to the UN Regional Center for Peace and Disarmament in Asia and the Pacific, Oli said, Nepal underlines the need to strengthen such regional approaches including the ‘Kathmandu Process’.

“In 2019, the world military expenditure amounted to US dollar 1.9 trillion. Even a fraction of those resources could bring respite to the millions of people suffering from poverty, hunger, and deprivation,” he added.

Stressing that climate crisis continues to pose an existential threat, Oli called for full and effective implementation of the Paris Agreement, robust climate action and easy access to climate financing.