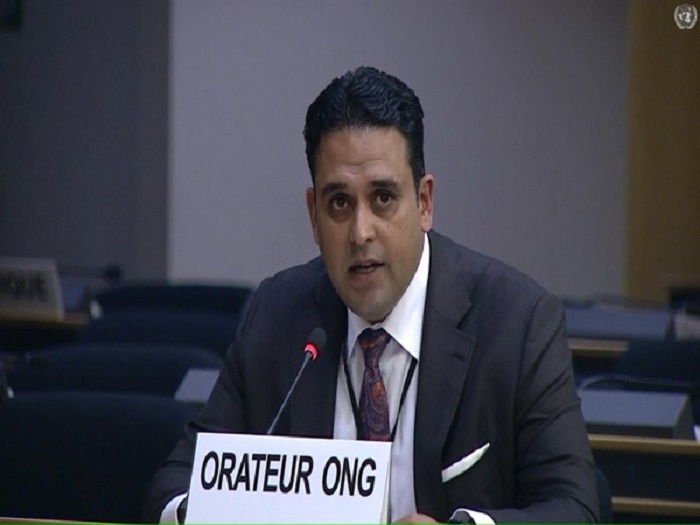 Since the late 1980s, Pakistan’s military establishment has used youth from Jammu and Kashmir to join its various terrorist proxies like Hizbul Mujahideen, Lashkar-e-Taiba and Jaish-e-Mohammed, said the director of Amsterdam based think-tank, the European Foundation for South Asian Studies, Junaid Qureshi.

Junaid, who himself is a Kashmiri, was making an intervention at the 45th Session of UN Human Rights Council in Geneva.

He said, “Legally, Pakistan has no locus standi on Jammu & Kashmir”.

Junaid told the UN that rejection of India was the slogan dictated to the youth of Kashmir as Islamabad’s aim was the Islamic Caliphate and merger of Jammu & Kashmir with Pakistan.

“Thousands of Kashmiris who did not agree were killed by these terrorist proxies. Those who subscribed to the Indian Constitution, were specifically targeted”, said Junaid.

He added, “Today, led by its Foreign Minister, Pakistan is demanding a return of the autonomy that Jammu & Kashmir had earlier enjoyed under the Indian Constitution. The same Constitution against which, it started this proxy war in which Kashmiris were massacred”.

“Will Pakistan be allowed to get away just like that?”, he questioned.

Junaid told the United Nations, “Even after it ruptured our social fabric, ordered the killing of thousands of my fellow Kashmiris, exploited our youth as pawns in its proxy war, and was majorly responsible for getting our autonomy diluted through unleashing its terror-policy?”

“I humbly urge this Council to summon the Islamic Republic of Pakistan for an audit. And hold it, accountable for the destruction of my homeland”, he said.