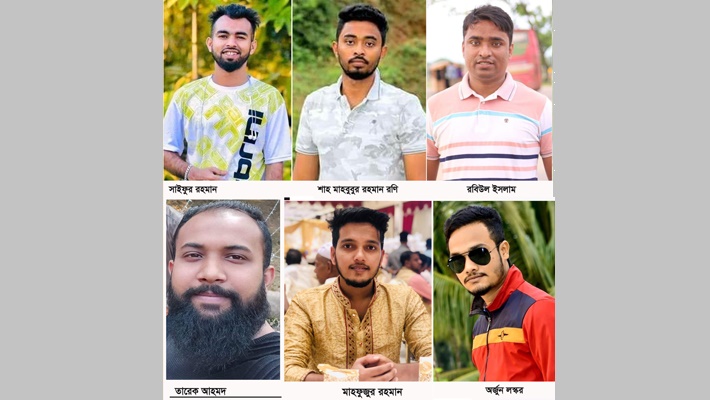 A case has been filed against nine people in connection with gang-rape of a woman at a hostel of Murari Chand (MC) College in Sylhet on Saturday night.

Six of the accused are identified as M Saifur Rahman, Shah Mahbubur Rahman Rony, Tareq Ahmad, Arjun Laskar, Robiul Islam and Mahfujur Rahman, all of them are involved in Banglades Chhatra League.

Police sources said that a group of men took the woman and her husband – who were visiting the college – to the college hostel, where they tied up the husband and raped the woman.

Being informed, police rescued the rape victim and her husband and sent the victim to the One-stop Crisis Centre at Sylhet MAG Osmani Medical College Hospital around 12:10am.

After the incident, police conducted a drive in the hostel and seized foreign and local arms from the room of Saifur Rahman around 2am.

However, no was arrested in this connection.