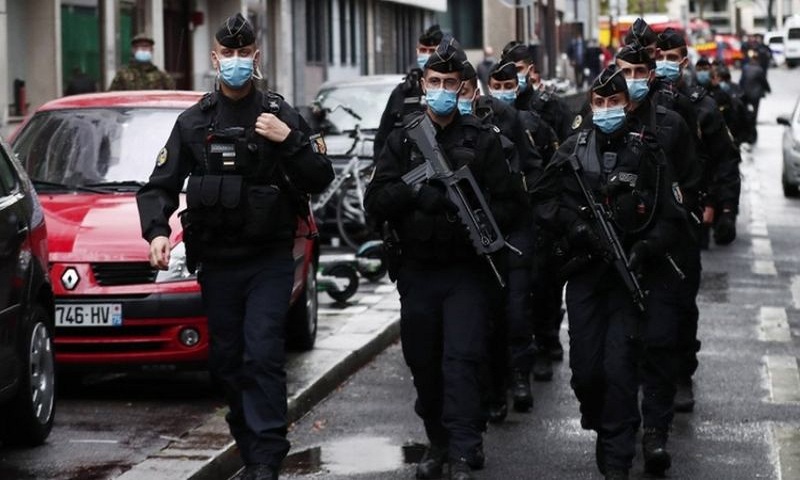 A stabbing in Paris that left two people seriously injured is being treated as a terror attack, the French interior minister has said.

Gérald Darmanin said the attack near the former office of satirical magazine Charlie Hebdo was "clearly an act of Islamist terrorism".

An eighteen-year-old man of Pakistani origin described as the main suspect was arrested near the scene, BBC reported.

Six other people are in custody and are being questioned, police said.

The victims - a man and a woman who worked at a TV production company - were seriously injured by a machete-type weapon, police said.

Prime Minister Jean Castex told reporters at the scene - near the Boulevard Richard-Lenoir - that their lives were not in danger.

The attack came as a high-profile trial was under way of 14 people accused of helping two jihadists carry out the 2015 attack on Charlie Hebdo, in which 12 people were killed.