Getting used to the conditions, says Robinho 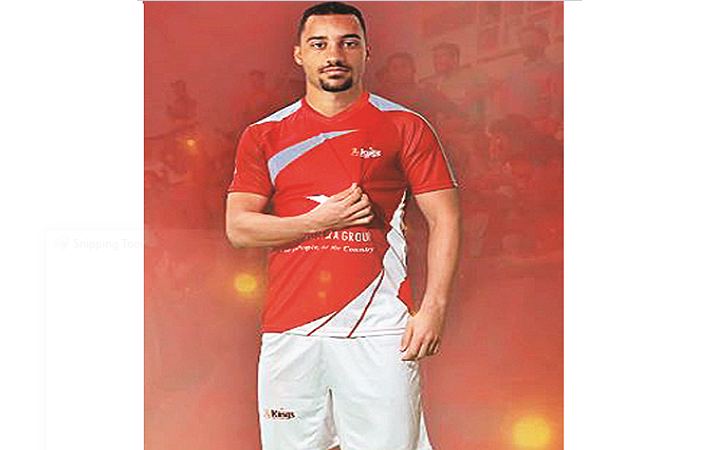 Bashundhara Kings Brazilian midfielder Robson Azevedo da Silva Robinho, also known as Robinho, said he is gradually getting used to the culture and conditions at Bangladesh.

The 25-year-old, who signed a one-year contract with the Bangladesh Premier League (BPL) champions, arrived in the capital on September 10 along with his compatriot Jonathan da Silveira Fernandes Reis and Argentine international Hernan Barcos.

“The environment and weather are different from Brazil. My family and I are gradually adapting to the conditions. I know nothing about Bangladesh and Bashundhara Kings. But when I saw the club was interested in my football, I started to learn more about them. I’m happy with the way they received us,” Robinho told The Daily Sun on Friday.

“I’m playing in Asia for the first time. I’m highly motivated to take on this new challenge. I will do my best on the field to help my team and teammates to achieve the goals of the Kings. I'm also getting used to the new methods of playing here. Every day I’m learning something, trying to communicate with my new teammates. Hopefully, it will be helpful for the team during competitions,” he added.

According to a website named ‘Transfermarkt’ claimed that Robinho joined Kings with the market value of euro 725 thousand or approximately Tk 72, 670,317 which is the highest paid transfer amount for any foreign player in Bangladesh. The club contracted another Brazilian midfielder Fernandes from Rio de Janeiro outfit Botafogo for the same transfer amount of euro 725 thousand or approximately Tk 72, 670,317.

Though the governing body of Asian football AFC canceled the ongoing season due to the COVID-19 crisis, Robinho found a positive side of it. He believed that the cancellation of AFC would give him enough time to know his new team and their Spanish coach Oscar Bruzon’s style.

“I was a little upset after the cancellation of the AFC Cup, but it doesn’t bother me, I think it also has a good side. Now, I’ll get enough time to know my teammates closely and to adapt Oscar’s new style. I’m now working with Oscar. He is giving me many tips and motivating me. He is helping me a lot to adapt to everything here at the club and in the country,” he added.

“I feel that I’m good in all three positions -- attacking midfielder, attacking winger and second striker. I hope that I can help the club a lot. Also, I will also play with Argentina’s Harnon Barcos. He is a great player. It is an honor for me to play with him. Our combination will benefit Kings,” he further said.

Robinho started his professional career with Sao Paulo based club Atibaia in 2016. He joined Rio de Janeiro based football club Fluminense Football Club in 2017. Fluminense paid euro 2 million for 50% of the acquired rights of the 22-year-old. The Brazilian winger also played on loan for several other clubs of Brazilian Serie A, B and C leagues including Confianca, Figueirense, America Mineiro, Centro Sportivo Alagoano, Vila Nova, Agua Santa. He scored a total of 24 goals in 129 appearances in his senior career.

He also shared the story of him becoming a professional footballer.

“I've been in love with football since childhood. And day by day my love increased. I didn't have many opportunities at the beginning of my career. I started to play football seriously when I was 19. It was a late start in Brazilian context.  However, I was dedicated and confident. Also, I had the competence. I did a lot of things to reach this place,” he concluded.