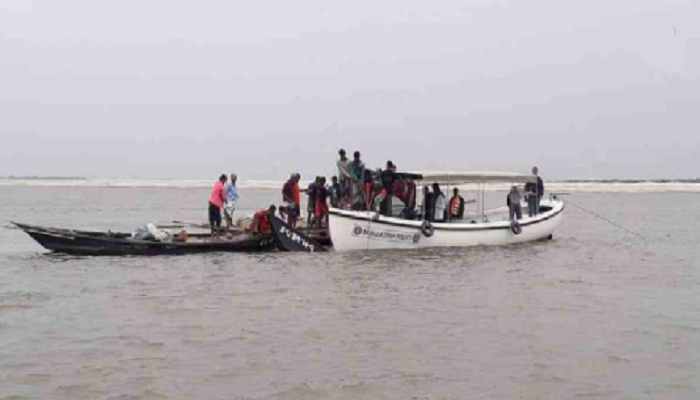 Two people including a female student of Rajshahi University (RU) went missing after a motorised boat capsized in Padma River near Harupur area in Poba upazila in Rajshahi.

The missing people were identified as Suchona, a student of RU, and a schoolboy Rimon.

Deputy Assistant Director Jakir Hossain of Rajshahi Fire Service and Civil Defence said the boat with 13 people on board capsized at 5 pm, after which 11 people managed to swim ashore.

Two of them were admitted to the Rajshahi Medical College and Hospital in critical condition, he said.

Divers were trying to find the other two who remain missing, he added.