Lizzo says body positivity has become too 'commercialised' and 'cool' 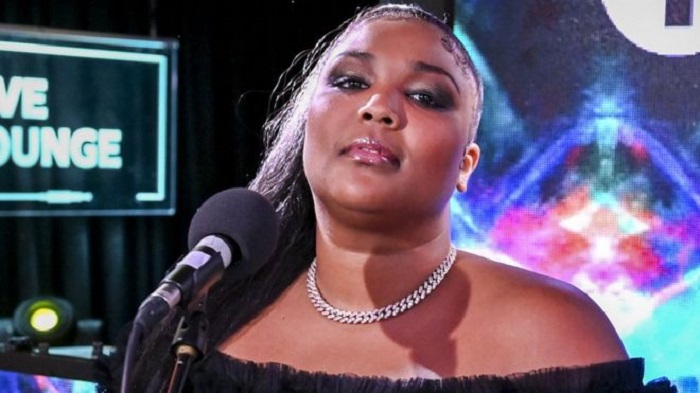 Grammy-winning US singer Lizzo believes the body positivity movement has become "commercialised" by the mainstream and hijacked by those who don't need it.

She made the comments while celebrating being the "first big black woman" to grace the cover of Vogue magazine.

Body positivity calls for the acceptance of all shapes and sizes.

"It's commercialised," the Truth Hurts star said. "Now, you look at the hashtag 'body positive' and you see smaller-framed girls, curvier girls."

She went on: "Lotta white girls. And I feel no ways about that, because inclusivity is what my message is always about."

The 32-year-old said she was glad the conversation had moved into the mainstream, but that she didn't like how the people for whom the term was created "are not benefiting from it".

"Girls with back fat, girls with bellies that hang, girls with thighs that aren't separated, that overlap," she said. "Girls with stretch marks. You know, girls who are in the 18-plus club.

"They need to be benefiting from... the mainstream effect of body positivity now. But with everything that goes mainstream, it gets changed. It gets - you know, it gets made acceptable."

'Being fat is normal'

The plus-size pop star confirmed her position as one of modern music's most-respected names by bagging three Grammy Awards, including best pop solo performance for Truth Hurts, in January.

She said that at this point, it would be lazy of her just "to just say I'm body positive", and that the next step was to normalise bigger bodies.

"I would like to be body-normative," she continued. "I want to normalise my body. And not just be like, 'Ooh, look at this cool movement. Being fat is body positive'.

"No, being fat is normal. I think now, I owe it to the people who started this to not just stop here. We have to make people uncomfortable again, so that we can continue to change.

The topic of body weight has returned to the agenda once more during the coronavirus pandemic.

Last month, a global analysis suggested that being obese doubled the risk of hospital treatment from Covid-19 and increased the risk of dying by almost 50%.