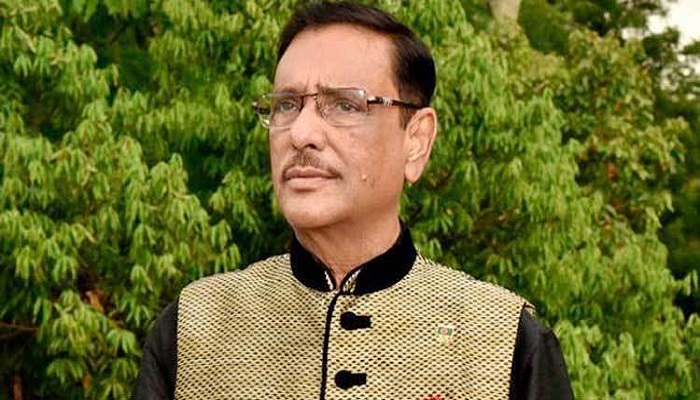 Awami League General Secretary Obaidul Quader  said on Friday  BNP-Jamaat alliance is out to hatch a conspiracy to grab the state power through clandestine alleyways instead of standing beside the people during the coronavirus pandemic.

“A befitting reply will be given to BNP if the party gets involved with anti-people and anti-country conspiracy,” he told a view-exchange marking the 74th birthday of Awami League President and Prime Minister Sheikh Hasina at the party’s central Bangabandhu Avenue office.

Leaders of AL secretariat, Dhaka city units and associate bodies joined the meeting which was held in a limited scale maintaining health guidelines.

Quader, also minister for road transport and bridges, said intelligence reports revealed the BNP’s conspiracy to grab the state power while different media have already reported on the matter.

BNP-Jamaat alliance never wants to represent the hopes and aspirations of the people rather they always do politics of conspiracy. They believe in anti-liberation and anti-state evil forces, he added.

He said AL is the flag-bearer of the people’s hopes and aspirations and it always reflects people’s desire in its activities.

AL never does politics of conspiracy but the party falls a victim to conspiracy time and again, he added.

During the coronavirus crisis, the government released BNP Chairperson Begum Khaleda Zia on bail on humanitarian ground, he said, adding that Prime Minister Sheikh Hasina showed utmost generosity in this regard.

He said BNP will make a mistake if they take the generosity as weakness.