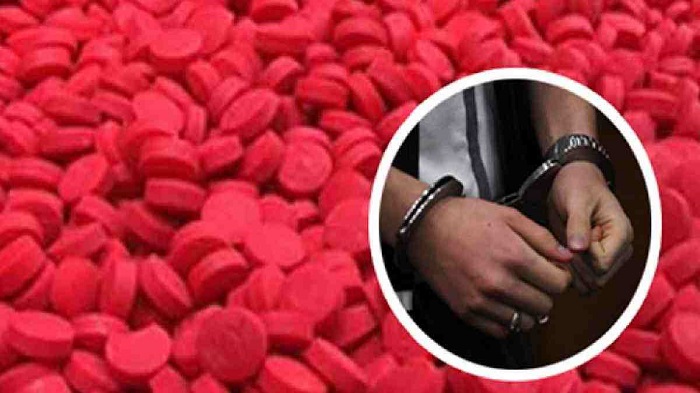 A Dhaka Metropolitan Police (DMP) team arrested three men with 13,000 yaba pills from Hatirjheel area in the city on Thursday.

The arrestees were identified as Abdul Kuddus, 55, Mehedi Hasan, 28, and Nasim Kabir, 36.

The DMP intelligence team of Lalbagh zone conducted a drive in the area acting on a tip-off and arrested three people along with the yaba pills, said Madhusudon Das, assistant police commissioner of Lalbagh intelligence zone.

A private car was also seized.

During preliminary interrogation, they said they came to Dhaka from Cox’s Bazar to sell yaba, he said.

A case was filed at Hatirjheel Police Station.

The popular party drug is a combination of methamphetamine and caffeine. Yaba, which means crazy medicine in Thai, is produced in Southeast and East Asia. In Bangladesh, yaba mainly comes from Myanmar.

Every year, thousands of pills are seized locally but they are only a small part of the consignments.