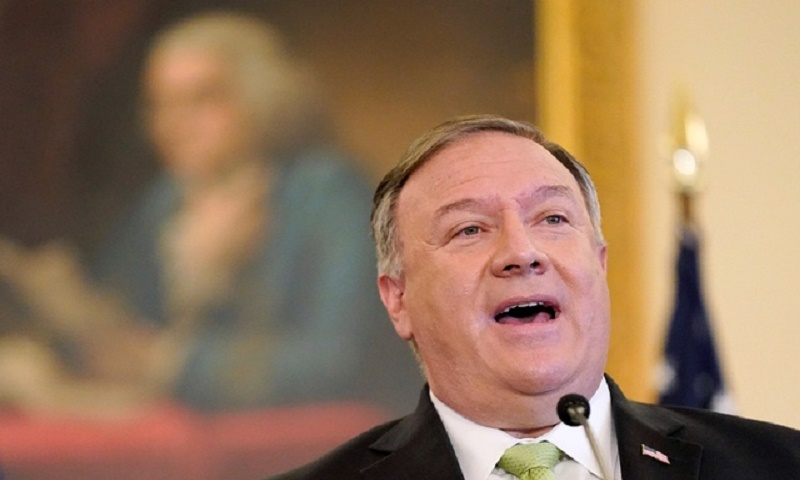 The United States on Thursday blacklisted several Iranian officials and entities over alleged gross violations of human rights, including slapping sanctions on a judge it said was involved in the case of an Iranian wrestler sentenced to death.

US Special Representative for Iran and Venezuela Elliott Abrams said the sanctions targeted a judge who sentenced Iranian wrestler Navid Afkari to death. Pompeo said Sadati, a judge of Branch 1 of the Shiraz Revolutionary Court, reportedly oversaw one of Afkari's trials.

"The US is committed to holding accountable those who deny freedom and justice to people of Iran and later today the United States will announce sanctions on several Iranian officials and entities including the judge who sentenced Navid Afkari to death," Abrams said during a hearing at the Senate Foreign Relations Committee.

Pompeo also called out Iran for what he said was the wrongful detainment of three Americans, Baquer and Siamak Namazi and Morad Tahbaz, adding the United States will make every effort to bring them home.

Earlier this week, Washington imposed new sanctions on Iran's defence ministry and others involved in its nuclear and weapons program to support the US assertion that all UN sanctions against Tehran are now restored.

Tensions between Washington and Tehran have spiked since US President Donald Trump unilaterally withdrew in 2018 from the Iran nuclear deal struck by his predecessor and began reimposing sanctions that had been eased under the accord.