Key to butterfly climate survival may be colour coded 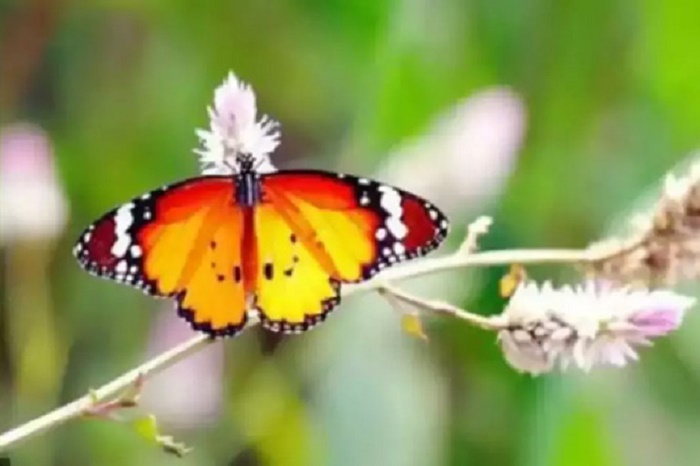 A butterfly’s ability to absorb or reflect heat from the sun with its wings could be a matter of life and death in a warming world, according to British research published Thursday calling for gardens, parks and farms to host shady, cooling-off spots.

While all butterflies are ectotherms — they cannot generate their own body heat — the ability to regulate temperature varies significantly, researchers said.

The study found that species that struggle to moderate their body temperatures often rely on being able to escape the full heat of the sun in shaded “microclimates” to survive.

These butterflies are “likely to suffer the most from climate change and habitat loss,” said lead author Andrew Bladon, of the University of Cambridge’s Department of Zoology.

Researchers said the cooler niches they rely on have dwindled as habitat is lost and fragmented, driving population decline in two-thirds of butterfly species in Britain.

This is exacerbated by extreme weather events and temperature fluctuations made worse by climate change, they said.

To measure how different butterflies cope with temperature change, researchers captured 4,000 wild specimens from 29 species, combing across several UK sites in monthly surveys from April to September 2009 and May to September in 2018.

They recorded the behaviour of each butterfly and then — if they could catch it in their nets — took its temperature using a tiny, 0.25-millimetre thick thermometer.

The study found that bigger, pale-coloured butterflies, like the Large White or Brimstone species, are better at thermoregulation because they can angle their wings to reflect the sun’s heat either away from them or onto their bodies to attain the right temperature.

Researchers said that these species had either stable or growing populations.

But among species with smaller or more colourful wings, they found a less rosy picture, particularly among the “thermal specialists” that use shade to cool down.

These species, such as the Small Copper butterfly, have suffered steeper population declines over the last 40 years, according to the study, which was published in the Journal of Animal Ecology.

Bladon said landscapes must become more diverse in order to protect a range of butterfly species.

“Even within a garden lawn, patches of grass can be left to grow longer — these areas will provide cooler, shady places for many species of butterfly,” he said in a university press release.

“We also need to protect features that break up the monotony of farm landscapes, like hedgerows, ditches, and patches of woodland.”

Insects including butterflies are the world’s top pollinators — 75 percent of top global food crops depend on animal pollination, according to the UN.

In another study also published on Thursday, researchers from the University of Michigan found that projected temperature increases may lead to alterations in the wing shape of North American Monarch Butterflies and could impede their annual migration.

Researchers reared Monarch larvae at 25 degrees Celsius or an elevated 28C feeding them on three species of milkweed — common, swamp and tropical.

Each of these contain cardenolides, a steroid stored by Monarch butterfly larvae as a chemical defence against predators and an antibiotic against parasites that can be toxic at higher concentrations, researchers said.

Cardenolide levels are particularly high in tropical milkweed, which has proliferated due to warming temperatures.

The researchers found that larvae reared in warmer temperatures flew for shorter periods and over a reduced distance, while also expending more energy per distance measured.

The study, published in the Journal of Insect Conservation, also found that those that had been fed the cardenolide-rich tropical milkweed had shorter and wider forewings.

Researchers said these rounder wings were less efficient for long distance flight than long narrow wings that can be used for energy-saving gliding, concluding that this could hamper annual migration.

Most Monarchs in North America travel several thousand kilometres to spend the winter in Mexico where they mate.

The study said monarch populations had seen a “drastic” decline in the last decades, with those migrating east dropping around 80 percent, while numbers migrating westward have declined by 99 percent since the 1980s.