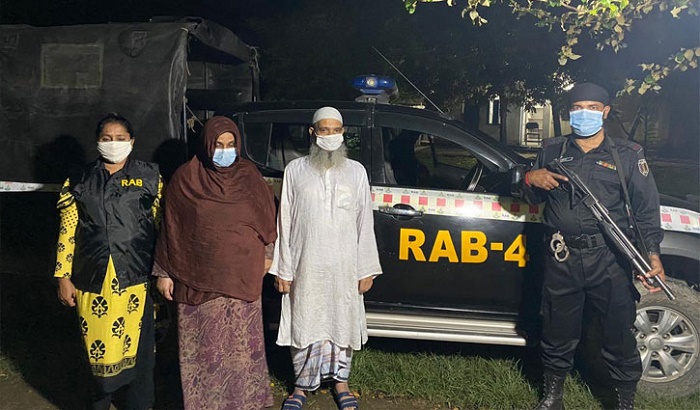 The arrestees are identified as Abdur Rahman and his wife Najmun Nahar.

Confirming the news, RAB-4 Commander and Additional Superintendent of Police Jamir Uddin, said that the elite force arrested the couple from the area at around 8:00pm.

However, Mizanur Rahman alias Mizan, a member of a teen-gang remained absconding since the incident.

On September 21, Nila Roy, 14, a 10th grader at a local school and daughter of Narayan Roy, was hacked to death allegedly by stalker Mizanur in Bank Colony area of Savar.

Nila's father Narayan Roy filed a murder case against Mizanur Rahman and his parents on September 21.

According to the case statement, Mizanur had been disturbing the victim for several months.

After the girl rejected his unwelcome advances again on Sunday night, Mizanur hacked him with a knife, leaving her critically injured.