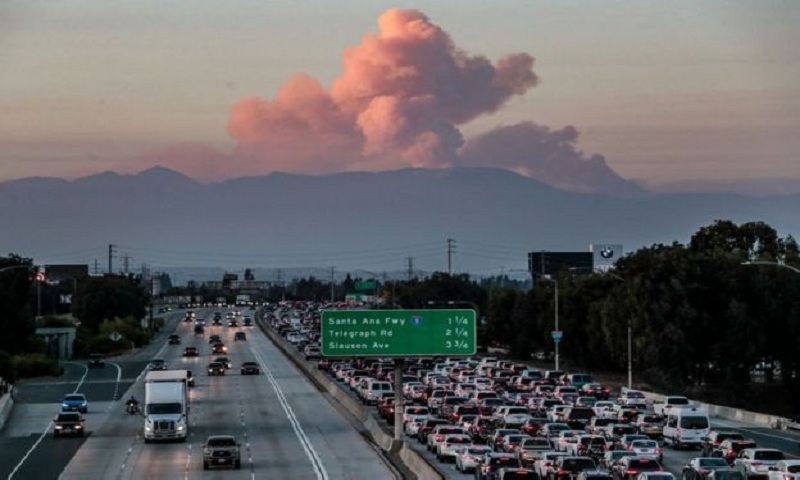 Climate change is driving the scale and impact of recent wildfires that have raged in California, say scientists.

Their analysis finds an "unequivocal and pervasive" role for global heating in boosting the conditions for fire.

California now has greater exposure to fire risks than before humans started altering the climate, the authors say.

Land management issues, touted by US President Donald Trump as a key cause, can't by themselves explain the recent infernos.

The worst wildfires in 18 years have raged across California since August.

They have been responsible for more than 30 deaths and driven thousands of people from their homes.

The cause of the fires have become a political football, with California Governor Gavin Newsom blaming climate change for the conflagrations.

President Trump, on the other hand, has dismissed this argument, instead pointing to land management practices as the key driver.