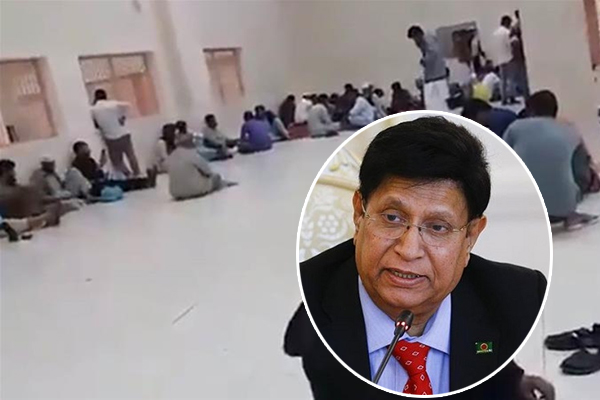 Dhaka is under fresh pressure to provide 54,000 Saudi expatriate Rohingyas with passports, failing of which will result in return of 22 lakh Bangladeshis.

Foreign Minister Dr AK Abdul Momen, however, made the country’s stand clear that no passport will be issued to Rohingyas.

Dr Momern is scheduled to hold an emergency meeting with his Saudi counterpart on Sunday (September 27).

Bangladesh has already rehabilitated 11.50 lakh Rohingyas, including three lakhs who came earlier. The country is not in a position to take any new burden.

KSA sheltered several thousands of Rohingyas during the 80s-90s on humanitarian grounds. Many Rohingyas crossed to that country using fake Bangladeshi passports.

“Saudi has asked for providing 54,000 Rohingyas with passport, not for taking them back,” Dr Momen said.