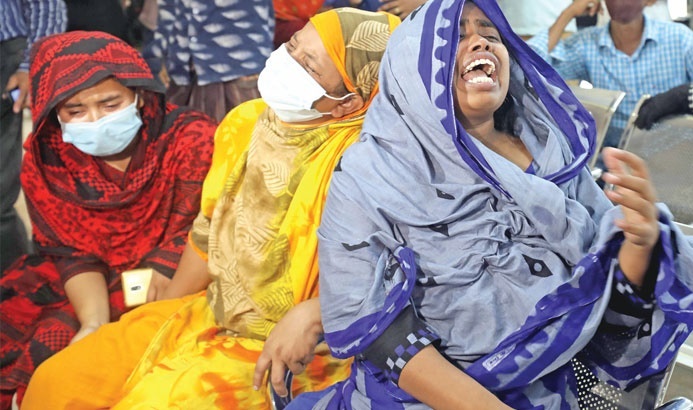 Prime Minister Sheikh Hasina on Thursday gave financial assistance of Taka 1.75 crore to 35 families of the victims who died and suffered injuries in an a blast at a mosque in Narayanganj Sadar upazila recently.

“Tk 5 lakh was given as cash support for each of the 35 families of the dead and injured people in the deadly explosion,” PM’s Press Secretary Ihsanul Karim said.

The deputy commissioner of Narayanganj was directed to hand over the cheques for the donation of the prime minister to the victims’ families, he said.

On September 4, an explosion occurred at Pashchim Talla Baitus Salat Mosque in Narayanganj at around 8:45pm after Esha prayers.

Thirty four people have so far died from the blast while the condition of two others at Sheikh Hasina National Institute of Burn and Plastic Surgery in Dhaka remains critical.