Man gets death for killing wife in Barishal 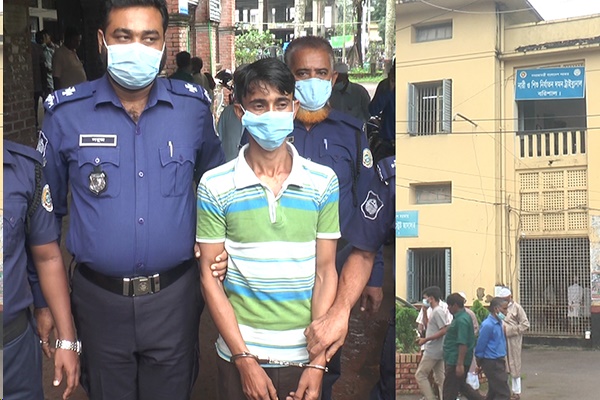 A Barishal Court on Thursday sentenced a man to death for killing his wife over dowry in Hizla upazila of the district in 2013.

The death sentence awardee is Md Monir Hossain, of the upazila.

Abu Shamim, judge of Barishal Women and Children Repression Prevention Tribunal, announced the verdict in presence of the accused this morning.

However, the court acquitted Monir’s father Shofi Rari and brother Nasir as the charges brought against them were not proved.

After the verdict, Monir was sent to jail in strict police security.

Advocate Faizul Haque Foez, public prosecutor of the tribunal, said Monir killed his wife on January 6, 2013 as Maksuda refused to bring Tk 50,000 as dowry from his father.

On the following day, Maksuda’s brother Oli Uddin filed a case against Monir, his father Shofi, mother Rashida and brother Nasir in connection with this murder.