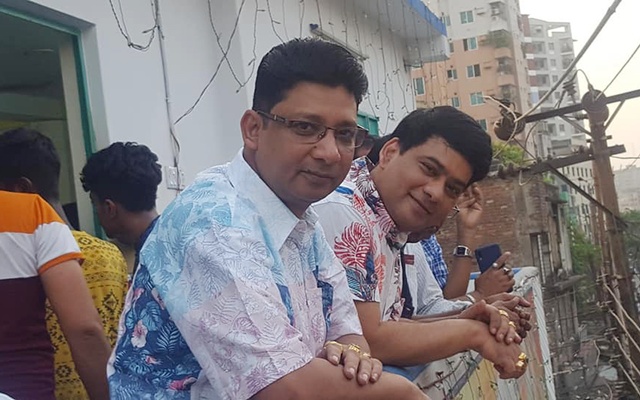 A Dhaka court has accepted the charge sheet against expelled Awami League leaders Enamul Haque Enu, his brother Rupon Bhuiyan and 10 in a case filed over the laundering of Tk 1.99 crore.

Judge KM Emrul Kayesh of the Senior Special Judge's Court of Dhaka passed the order after scrutinising the case dockets and other relevant documents on Thursday.

Of them, Enu, Rupon, Joy Gopal, Tuhin, Nabir, Sunny and Saiful were earlier arrested in connection with the case filed with Gendaria Police Station on September 25 last year.

Shahidul, Rashidul, Merajul, Harun and Pavel are on the run.

On September 24, 2019, Rapid Action Battalion (RAB) seized about Tk5 crore in cash, eight kilograms of gold - worth over Tk4 crore and six firearms during raids on their residences.

On January 13, CID arrested Enamul and  Rupon and their associate Sunny from Dhaka's Keraniganj.