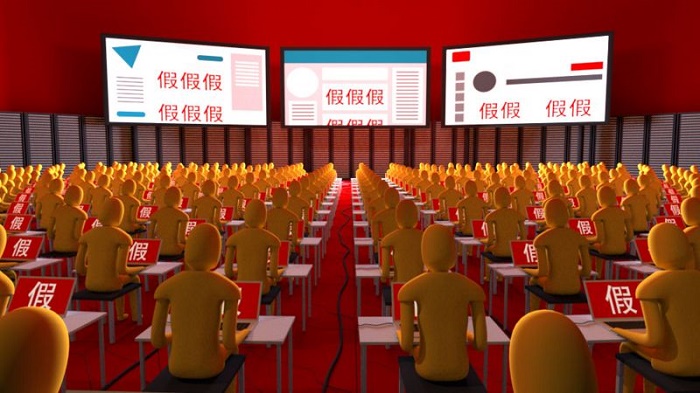 Facebook has shut down a network of more than 150 fake profiles linked to China for "co-ordinated" interference in political discussions.

While mainly concerned with backing China's interests, some also posted about the US presidential election.

It is only the second time that Facebook has identified such fake accounts as originating in China.

The network had about 130,000 followers - although very few of these were in the US.

The accounts starting appearing in 2016, and most of the information was related to China's influence in the Philippines and South-East Asia.

They were traced back to individuals based in Fujan province, who were beginning to pay for advertisements in Chinese yuan, Facebook said.

Much of the content was in support of the Chinese state - such as promoting its interests in the disputed South China Sea.

But there was also some criticism of China, too.

A few accounts had posted about US presidential candidate Pete Buttigieg, before he dropped out of the race - as well as others supporting the eventual party nominees Donald Trump and Joe Biden.

More recently Graphika, the social media analytics firm asked by Facebook to research the accounts, found that some used an AI technique known as Generative Adversarial Networks (GANs) to create believable but completely fake faces to front the profiles.

Ben Nimmo, a researcher at Graphika, tweeted: "A year ago this was a novelty. Now it feels like every operation we analyse tries this at least once."

Facebook also removed a network of fake accounts originating in the Philippines which focused on domestic audiences and local news.

It was smaller, with just 57 Facebook accounts, 31 pages and 20 Instagram accounts. In this case, links were found to the Philippine military and police.

They posted in Filipino and English about local news and events, and military activities against terrorism, as well as criticism of communism, youth activists and opposition parties.