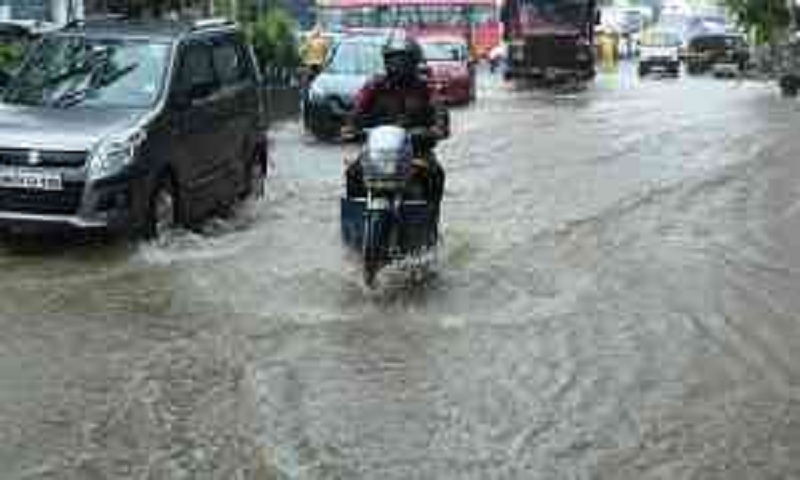 India’s financial capital Mumbai was lashed with heavy rains on Wednesday morning, forcing government and private offices to shut down.

During the past 24 hours, till 8 am on Wednesday, Mumbai’s two weather observatories at Santacruz and Colaba recorded 286.4 mm and 148 mm rainfall, respectively.

The heavy rain led to water logging on railway tracks and roads, disrupting public movement within the Mumbai Metropolitan Region with Central Railway shutting down its services while Western Railway restoring its services in the afternoon after suspending it for some time.

The city’s civic authority BrihanMumbai Municipal Corporation requested citizens to venture out only if it is urgent and announced closure of all offices except those offering essential services.

According to weather experts, Mumbai has already surpassed its average rainfall of September of 341 mm by recording 400 mm rainfall so far this month.