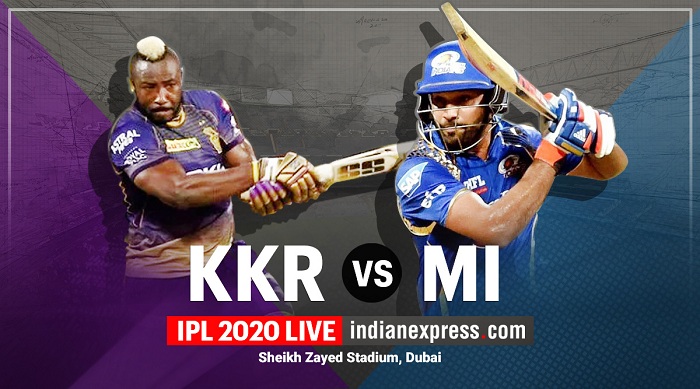 KKR were nowhere in the chase from early in the innings, especially after losing their openers cheaply inside 5 overs. And in the end, they fell short by a massive 49 runs as they managed 146/9 in 20 overs while chasing a 196- run target.

Quinton de Kock (1) fell early in the first innings, but Rohit Sharma (80) and Suryakumar Yadav (47) got MI off to a cracking start despite the early blow.

KKR did well to restrict MI to within 200 after a good comeback by their bowlers in the later half of the innings.

Shivam Mavi (2/30) was the pick of the KKR bowlers. New acquisition Pat Cummins had a forgettable day with the ball.

Sunil Narine (1/22) was the most economical bowler. After losing their openers early, KKR’s ship was steadied by a partnership between Dinesh Karthik (30) and Nitish Rana (24).

MI’s pacers put their batsmen to the sword, with Jasprit Bumrah (2/31) being the pick of the bowlers, who snuffed out KKR’s remaining hopes by picking up the wickets of Andre Russell and Eoin Morgan in the same over.